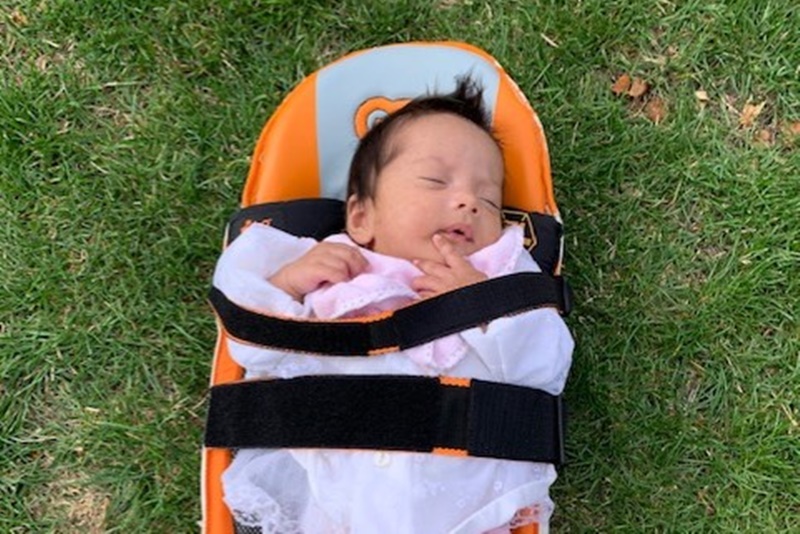 Here is a photo of my new baby daughter Clementine in a cricket pad.

She is being conspicuously indifferent to cricket, but ALSO this is a photo of cricket equipment in an unusual place, namely around a sleeping baby.

Also, as Clementine was born in the middle of the pandemic summer, this is a photo of an unusual cricket occurrence full stop in that it was taken when she was spectating (well sleeping through) a match.

We took a similar photo of our oldest child Zachariah seven years ago.

We never managed one of the now-middle child Ezekiel, but his first cricket match was watched from the press box at Lord’s so he hasn’t entirely lost out.