It’s been a while since we had a cricket thing in an unusual place – so long, in fact, that many of you won’t even know that it’s supposed to be a regular feature.

Ged sent us the following photo and said only: “Sphere Of Influence By Gideon Haigh, spotted in a spa sanctuary, Phuket, Thailand.” 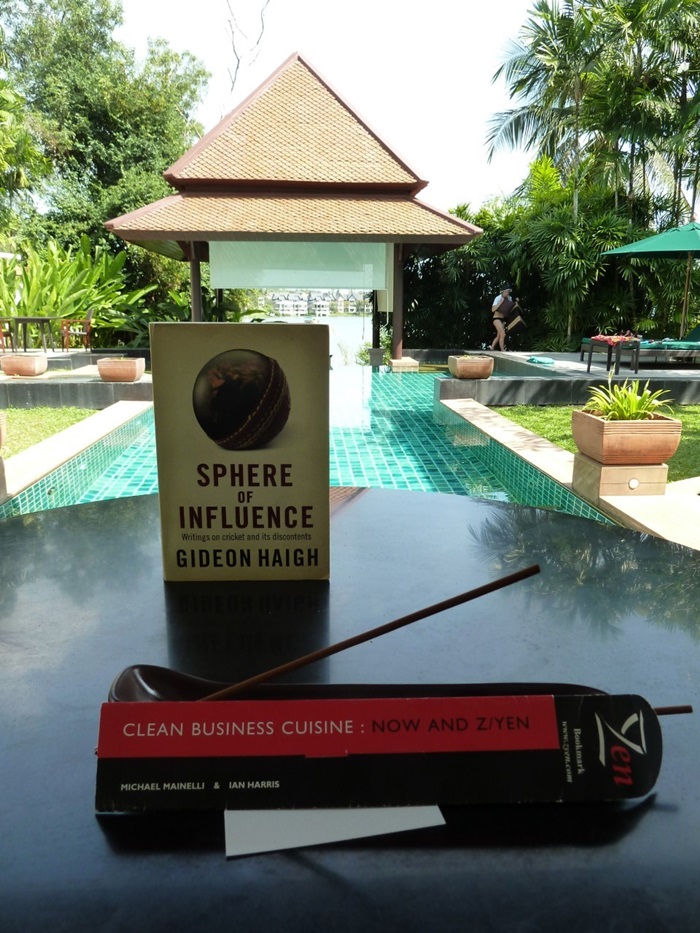 As a postscript to this, Sphere of Influence is also the title of a book by former New Zealand right-armer, Kyle Mills.

We did wonder what he was up to these days. Apparently he’s churning out bestsellers.