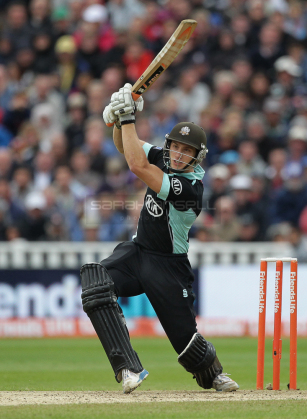 Each to his own and all that, but the “new chapter” in Zafar Ansari’s life sounds dull as shit to us. He’s retired from cricket at the age of 25 to pursue another career, “potentially in law”.

We’ve been here before. We’ve been here several times. There was James Bruce, who retired at 28 in favour of a career ‘in the City’ and there was Alex Loudon shortly before him.

We wrote about these bizarre decisions for The Wisden Cricketer in 2007 and looking back on that piece, it seems Loudon left cricket in favour of “a corporate advisory firm”. We’ve still no concrete grasp on what that might mean, but we do know that the words alone make us feel hollow and slightly tearful about the fundamental meaninglessness of existence.

To try and gain some insight into WHY IN HELL a man might make such a decision, we spoke to Paul Downton (yes, that one) who carved out a successful career in finance after he retired from cricket (in his thirties) and was at the time working as a director at a firm called Cazenove.

We can’t find our notes from that interview, but we remember him telling us that it would be tough for these players to turn down the opportunity to embark on what would surely prove to be highly lucrative careers. He had to tell us this several times because each time he said it, we responded with some uncomprehending version of “but… they were cricketers?”

Perhaps we’re a bit of a simpleton, but our view has always been that you only get one crappy body and it’s slowly dying from the moment you’re born. Using that body to play sport – and play it well – during the relatively short window when that’s an option has always seemed to us to be one of the absolute finest uses of one’s time.

But as we said at the top, each to his own. Loudon saw things differently. He admitted to us that he’d miss cricket at times, but added: “Mostly I’ll have my head firmly in front of a computer screen and thinking of exciting things in my future career.”