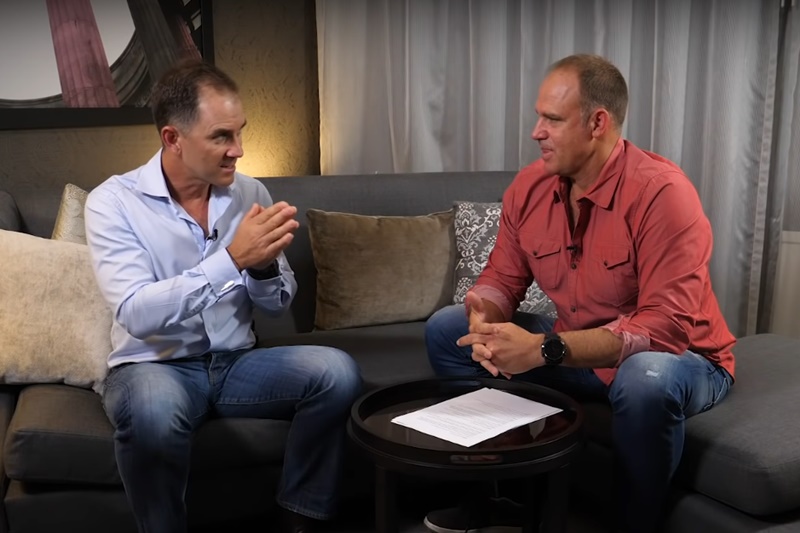 “It will be like two balls of mercury on the one plate,” according to Matthew Hayden.

Way back when, they both opened the batting and talked guff for Australia.

Later this week, Pakistan will play Australia in the semi-final of the T20 World Cup. This means it’ll no longer be Hayden and Langer – it’ll be Hayden v Langer.

“There’s lots of relationships in cricket and when it comes to Thursday night, we’ll put our friendships down for three hours and we’ll get to business and should be good fun,” Langer told Cricinfo.

So that’s kind of what Hayden’s ‘balls of mercury on a plate’ comment is about. “They will always find a way of coming together,” he told the Courier Mail.

(A primary school teacher once allowed a friend of ours to spend a happy afternoon pushing mercury around a plate after someone dropped a thermometer. In its article I just broke a thermometer – what do I do? the website poison.org says, “DO NOT allow children to help you clean up the spill,” and, “Never allow children to play with thermometers or any other source of mercury.”)

This is a weird and colourful quote from Hayden and to be applauded really. However, he then immediately reverted to impenetrable nonsense.

In a series of increasingly disjointed sentences, he added: “My coaching style and my style in life is to have that connection. Once you step across that white line, it’s game on. But Justin and I don’t have to do that. I have never met a coach who has won a game of cricket.”

You can try and parse this for meaning if you want, but we’d argue that if meaning needs actively rooting out, it usually isn’t worth finding.

Speaking of which, we can’t help but close with Langer’s recent comments about David Warner’s fitness.

Kicking off with a bit of self parody before immediately highlighting the sheer meaninglessness of his own utterances, he said of the opener: “He is literally elite fit. He always is, but he’s at a different level at the moment.”

King Cricket is a crowdfunded website. You can find more details on our Patreon page.

Get our articles by email.