Younus Khan’s just made his third Test hundred on the bounce. We mentioned that he was underrated after the first one. Let’s revisit that.

We all know Younus averages some way north of 50 and that he’s now made Test hundreds against every nation, but let’s dig a little deeper. Last time we mentioned that only 19 of his 93 Tests have been played truly at home and that hints at what’s so great about him. He’s adaptable.

The first of this trio of hundreds saw him construct non-scoring foundations for his innings. Since then, he’s become ever-more expansive. This third hundred came off 128 balls.

Midway through our Cricinfo piece about how Pakistan and Australia have prepared for this Test, we poked fun at Australia’s tendency to believe that their success is directly linked to how attacking they are. It was therefore quite amusing to see that they’d tweaked their team and brought Glenn Maxwell in to bat at number three.

YouTube can make wasters of us all, but every now and again a long shift is justified when you catch a glimpse of what must rank as being one of the all-time great cricket banners. 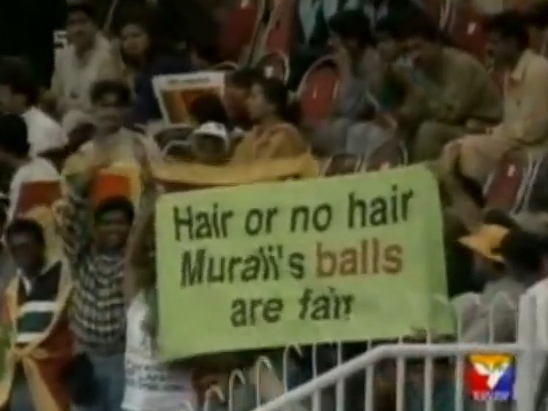