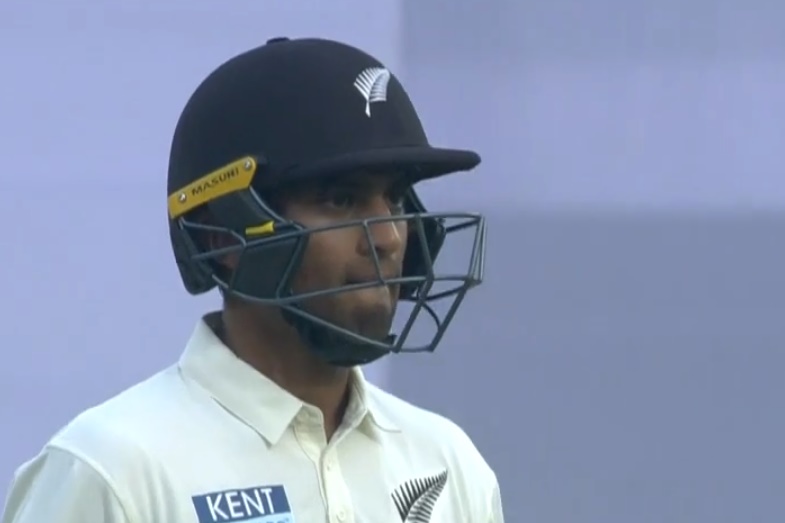 When you’re batting for a draw, the unit of measurement switches from ‘runs’ to ‘balls faced’. This is where we get the concept of the ball hundred.

New Zealand’s Rachin Ravindra made his Test debut against India this week. He has three first-class hundreds to his name, but we are unaware whether he has ever hit a genuine fourth innings ball hundred.

Ravindra came into bat on the final day with New Zealand six wickets down and needing to survive another 30-odd overs.

It was not an easy pitch. A few overs later he watched as Tom Blundell played a perfectly respectable and sensible smothering shot off the middle of his bat, down and towards the leg side, only for the ball to kick back and hit his stumps having apparently hit a footmark.

‘Hey-ho,’ thought Ravindra and batted on. He made 91 balls not out, an 18-run innings that climaxed with a half-ball-century partnership with Ajaz Patel for the final wicket that earned New Zealand the draw.