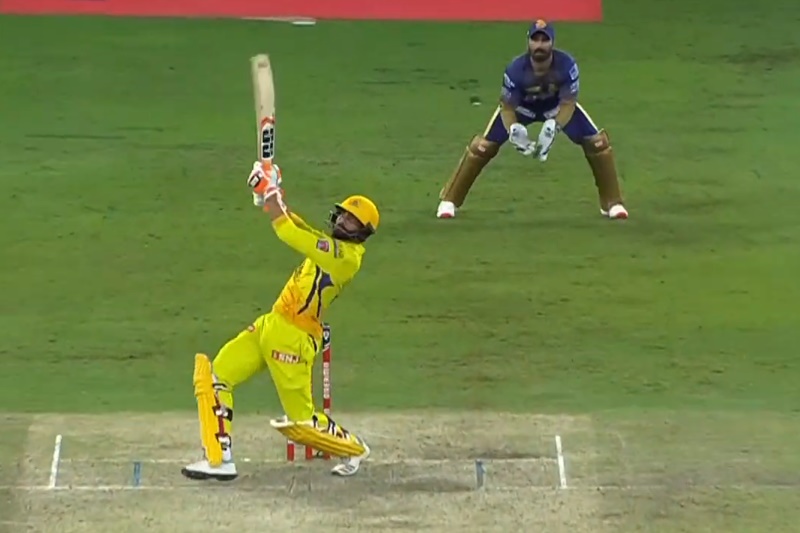 If we could just ruin the ending of the sort-of-okay action film Braven for you, it climaxes with Jason Momoa throwing himself and the bad guy over a cliff but cleverly snagging his own foot in a bear trap tied to a tree so he doesn’t fall.

That’s the kind of death-or-glory, all-or-nothing move that makes for a dramatic finish. The cricket equivalent is having to hit a six off the final ball.

Cricket fantasies pretty much always involve winning off the final ball. Obviously you try and win before that, but the dream is to not quite manage it and instead end up in a position where you have to hit a last ball six.

Extrapolating from that, it’s even better to win a match by hitting the last two balls for six – which is exactly what Ravindra Jadeja did for Chennai Super Kings against Kolkata Knight Riders earlier this week.

It was very exciting and cool. But which was his best shot?

Here’s the thing: Jadeja didn’t actually need to hit a six off that final ball. He only needed a single. The fact that it was a six was therefore just garnish. Jadeja’s last ball six wasn’t necessary; it was just showboating.

So maybe the previous six was better? Well, not really, because he didn’t need to hit that six either. CSK needed seven off the final two balls, so he could have got the job done with a couple of fours instead.

This means that as far as ‘hitting the last two balls for six to win the match’ goes, this one was kind of gratuitous. We therefore put it to you that Jadeja’s best shot was actually neither of those sixes, nor the other one he hit earlier in his innings.

We put it to you, dear reader, that this next image captures Jadeja’s best shot, which was hit when CSK needed 14 runs off seven balls. Note in particular how the ball is in the air behind him.

This is a simply magnificent shot. The ones that Jadeja middled into the barren stands were great and all, but this one is flawless. This shot is a perfect example of the oeuvre, ‘massive great yahoo edged behind for four’.

Sixes are fun, but they’re most fun when there’s a bit of jeopardy about them. Clean hits that soar over the ropes are still thrilling, but they lack the frisson of possible disaster.

The ‘massive great yahoo edged behind for four’ has that quality in spades. Look at Jadeja’s head position. Look where he’s aiming. Look where the ball is.

No-one on the field has the faintest idea what is going on here. Tell us that’s not cricket at its best.

Public service announcement: The 90s XI v Now XI Test will quite possibly start on Monday. Sign up for our email for the daily reports.