We’re sure of two things about Sam Curran

END_OF_DOCUMENT_TOKEN_TO_BE_REPLACED

Has anyone ever looked more serious than Sam Curran?

This was Sam Curran’s face midway through yesterday’s innings at the Rose Bowl. 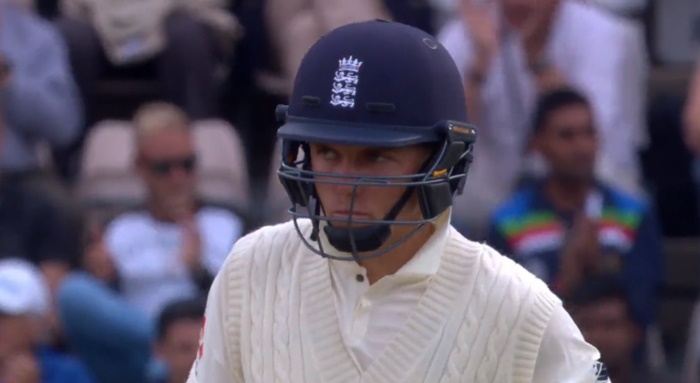 Has anyone in the history of the world ever looked more serious than this?

We’re aware that sometimes people’s facial expressions don’t accurately reflect their state of mind, but this is no fleeting thing. This is what Sam Curran looks like 100 per cent of the time when he’s batting.

From the moment he came out to the moment he expressed frustration at himself for getting out via a weird rigid-armed scream, this was Sam Curran’s face.

It’s a face that says ‘this is the most serious task anyone has ever undertaken and I fully intend to treat it as such’.

It’s a face that’s heard of smiling, but can’t understand why anyone would ever be so flippant when there’s such serious work to do.

No-one has ever looked more serious than Sam Curran.

If Sam Curran could bat a bit better or bowl a bit better, he would definitely be a good addition to the England team.

If that sounds dismissive, it’s only because it made for a better opening sentence. Scurran is close. He’s just not quite there.

If he plays instead of Mark Wood, the attack starts to look a bit fast-medium (but at least they’d have a left-armer).

We guess his opportunity could be instead of Dom Bess if Stokes can’t bowl and England want four seamers. But that scenario would mean England aren’t playing a spinner.

All in all, we’d quite like him to play but don’t like any of the circumstances in which he would play.