When was the worst moment to tune in on the day England were 58 all out? 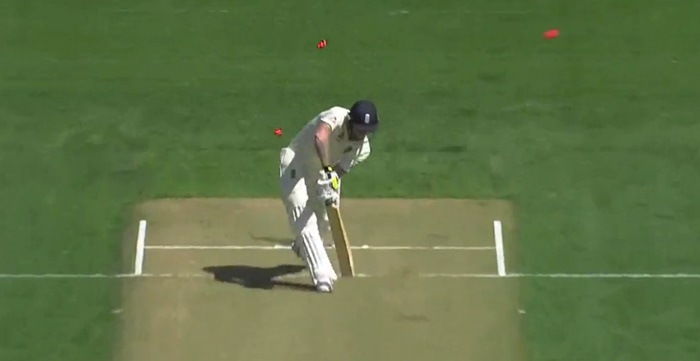 England were 58 all out today and New Zealand didn’t even have to stoop to a bowling change. Being as play largely took place during the UK night, England supporters will have first seen the score at all sorts of different points, depending on bedtime, alarm time and bladder size.

When was the worst moment to start following events?

There’s a case for saying that those who were there from the beginning got it worst. We disagree. Even though it occurred at hellish pace, seeing a collapse unfold gives more time to come to terms with what’s happening. There’s greatly reduced shock value.

This probably gets our vote. At 18-3, the score is already bad enough to provide an unhelpfllu sleep-denying burst of adrenaline in the middle of the night. You would then have seen the score become 18-4 and then 18-5 and then 18-6.

Six wickets is a lot of wickets, while 18 runs is very few runs. 18 is the score at which the situation officially moved from ‘gravely troubling’ to ‘hugely disastrous’.

A horrifying score, but yet you’ve missed the light relief of Craig Overton’s forlorn late sally and now have to endure the protracted drip-drip erosion of hope via Kane Williamson’s bat. This is not a good moment at which to tune in.

We just felt like we should include a mid-New Zealand innings option. This seemed the best/worst. At 123-3 and England 58 all out, the situation is already full-on dogshit and there will be precisely nothing else to cheer for the whole of the rest of the night/day.

The full and complete horror, all in one go.

When Southee and McCullum skinned England

Skinned them alive? Probably not. Skinned them undead maybe, for England increasingly seem like zombies. Asked to explain England’s latest defeat, all Eoin Morgan could muster was “braaaains” in a long, drawn-out moan. “Skiiiill” and “caaaaalmness” were also lacking.

In contrast to England’s rotting flesh, New Zealand have a surfeit of vitality. Of course it’s easy to run around like giddy schoolchildren when you’re winning – but New Zealand are winning, so run around like giddy schoolchildren they do. The word ‘intensity’ has long since been rendered useless through repetition, but Kiwi fielders gave some idea what it once meant.

They also have a captain who can pick his moments. England were at one point 104-4 when Daniel Vettori had found himself at the front of the Eoin Morgan cheap dismissal queue. Brendon McCullum brought Tim Southee back into the attack.

It almost certainly wasn’t the plan – Southee isn’t the designated 26th over bowler – but it was a vote of confidence and recognition that the 26th over could be transformed into ‘the death’ through human intervention. Sure enough, eight overs later England’s innings – and pretty much the match – was over. Tim Southee had 7-33 and had hit the stumps four times.

After that, Brendon McCullum had fun. Half of Steven Finn’s deliveries went for six, while a quarter went for four, but the meaningful damage had already been done by the bowlers. This was just the gleeful snapping of lifeless limbs.

As for England, what do they do? Bring in a zombie and drop a zombie or stick with the zombies they’ve got? There’s not much they can do. Three of their batsmen have played fewer than 20 one-day internationals and it was notable that 50-match Joe Root was the only man to offer resistance. Confidence takes a lot longer to build than it does to destroy – just ask Ravi Bopara – so further changes will only result in a net loss.

As ever, England didn’t know their team before the World Cup, so what turned out to be their first XI didn’t really believe that it was the first XI. A fair few of them had never played New Zealand before, let alone in New Zealand. Perhaps they can build a bit of confidence with a couple of wins, but the confidence borne of a couple of wins is a fragile confidence because it hasn’t truly been earned.

England looked alive when they walked into this tournament, but the World Cup has a way of shining a light on decay.

For some reason New Zealand demoted Tim Southee from number nine to number ten in their second innings. Southee was clearly irked by this and promptly hit New Zealand’s fastest-ever Test fifty in a magnificent display powered by THE RAGE.

England’s fielders thought they were being clever when Southee came to the crease, hinting that there were all sorts of problems with his batting and pointing out how little confidence his team mates had in him. Unfortunately, this only further bolstered THE RAGE.

England should have known better than to pay attention to New Zealand’s batting order. This is a Test side that sports openers who average 24 and 22 and a number eight who’s been averaging more than 40 over the last five years. In hitting 77 not out off 40 balls with nine sixes, Southee’s probably just booked himself the number ten slot for life. If it ain’t broke, say the Kiwi selectors.

Southee’s innings is only New Zealand’s fastest for the first 50, incidentally. When Nathan Astle went mental that time, he went from 100 to 150 in 22 balls and because he then had his eye in, from 150 to 200 in a further 17 balls.