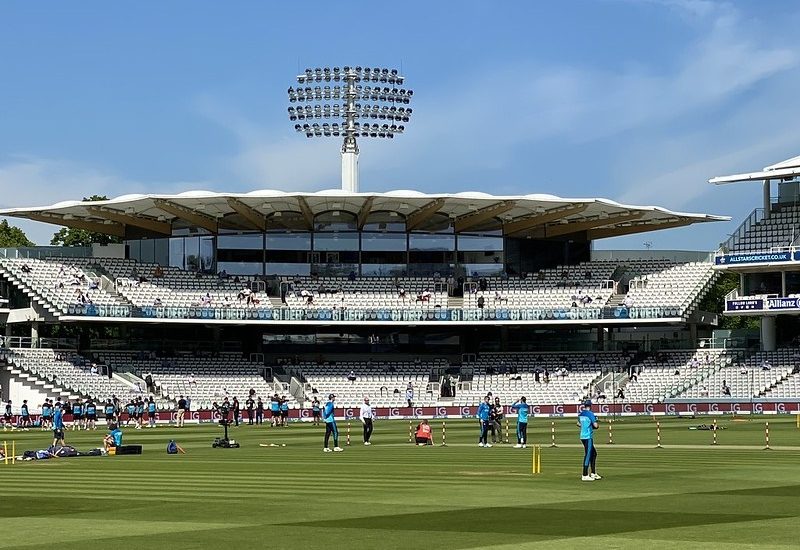 The play Biography by Max Frisch was top of my reading pile for Day Three of the first Lord’s test of the 2021 summer, which I had planned/booked to spend in the new Warner Stand.

In 1995 I saw a production of Biography with Daisy & The Duchess at The Questor’s. It is a post-modern play about determinism. I one-clicked a copy of the play text when retroblogging that 1995 experience 25 years later.

Even when it became obvious that there would be little or no cricket due to rain, I remained determined to read the Biography play text that day. Exercising my free will, I was…or was I?

I also determined to utilise the day:

I am delighted to report that I succeeded in doing all of those things. I even managed to join in some bants on my Day One Match Report, which included a strangely prescient comment by KC about post-modern match reports.

How did KC know that I was reading and about to report on an über-post-modern play? Was my Day Three activity predetermined?

In truth, I am rather grateful that I got to read Biography at home in the absence of cricket rather than at the cricket. It is quite a complex play, which deserves contemplative thought and thus probably doesn’t lend itself to being read at the cricket.

In summary, Biography is: