Non-cricket fans think the concept of ‘a good leave’ is hilarious, unaware that it’s a mark of the batsman’s decision-making, not his technical ability.

Batsmen pride themselves on knowing where their off stumps are, but Kevin Pietersen can’t have felt much pride about knowing his was about eight inches from where it was supposed to be after a beautiful leave in England’s second innings.

Pietersen wasn’t even beaten by swing or seam. He just opted to leave a straight delivery that thocked straight into his off stump. He actually did quite well to get his bat and pads out of the way, allowing the ball clear passage. Excellent stuff.

It wasn’t the best leave of all time though. This was. 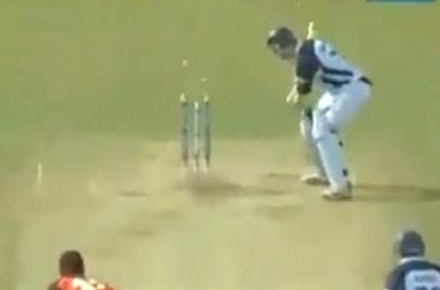