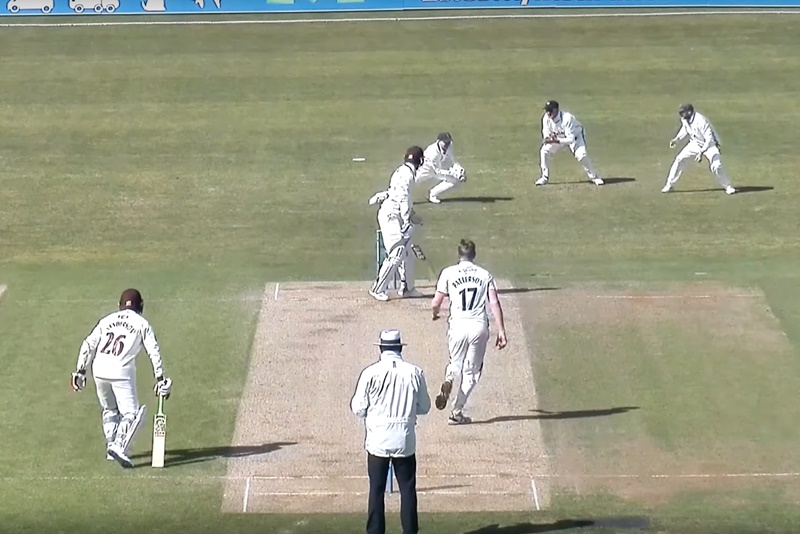 It’s very early May and it basically feels like winter, but we’re already well on the way to establishing the three divisions that will comprise the second phase of this year’s County Championship. (Here’s an explanation of how the Championship and other competitions will work this year.)

Okay, clearly a couple of teams will actually go through – that’s the nature of the format – but this isn’t a group where the fat’s very obviously floating to the top yet. (Fat is good. Fat is flavour.)

Warwickshire are top and have won twice as many matches as Durham in second, but they’re also only five points ahead of Essex, who are second from bottom.

Otherwise known as ‘the Leicestershire group’ in honour of the perennial table-propper-upperers from whom most of the other sides will be hoping to secure two victories.

Leicestershire are indeed bottom ahead of a likely second round tilt at finishing bottom of the third division. Gloucestershire and Somerset are first and second, both with three wins from four. Not coincidentally, those sides boast the top two wicket-takers so far this season. Craig Overton (Somerset, 25 at 14.60) and Ryan Higgins (Gloucestershire, 24 at 16.75).

This one’s the clearest-cut and things are looking decidedly rosy. Lancashire are correctly top, six points ahead of Yorkshire, who already have a 25-point buffer on Sussex in third. Importantly, 25 points is more than you can score in a single game.

But then large margins can sometimes be borne of small margins – because Yorkshire won their last game by just one run. (The County Championship is such an unstoppably passive thing these days that this eye-catching result seems to have elicited not a single quote from any of the players involved. We know there was a social media boycott over the weekend, but newspapers aren’t considered social media, are they?)

Lancashire’s Matt Parkinson, we’ve already mentioned, while Adam Lyth – about whom we’ve always had strong feelings – has been the standout performer on the incorrect side of the Pennines, making 515 runs at 73.57.

Some teams are doing better than others.

The first new-style King Cricket email went out late last week. We’re not convinced Friday afternoon ahead of a Bank Holiday is necessarily optimal timing for an email, so we’re hoping we get a few more opens for this one.

One very important thing to note if you’re signing up for the first time is that you need to click the link in the confirmation/activation email that goes out once you’ve entered your email address and submitted the form. (It is quite possibly in your junk mail.)

Sorry, we forgot to mention that and now we’ve got a bunch of half-subscriptions hanging in the ether.