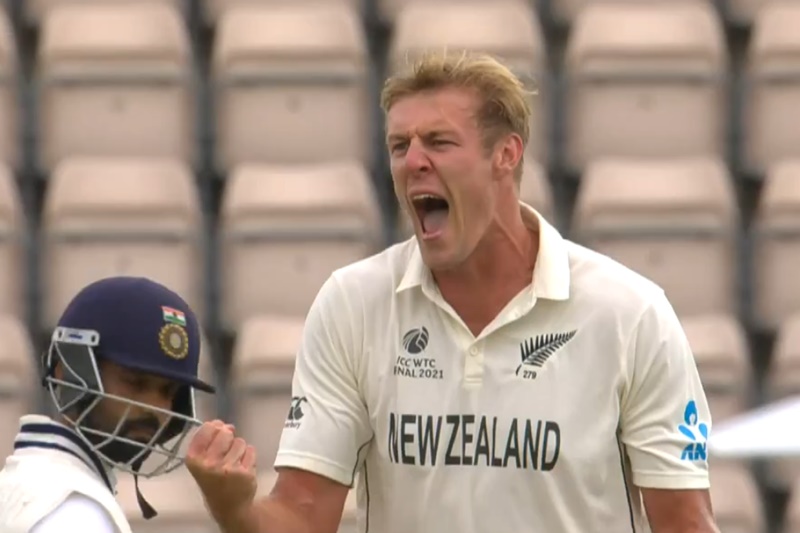 Where did we get this idea that every trophy has to be a lab experiment, measuring and weighing every facet of excellence?

In the immediate aftermath of defeat, Virat Kohli said that in future the World Test Championship final, “has to be a test of character over three Tests.”

Beaten captains are not necessarily the best place to go for impartiality on these matters. The self-confidence necessary for elite performance unavoidably bleeds into delusion at times and post-match press conferences tend to catch players at a time when they’re explaining away defeats to themselves to keep that sense of certainty in their own abilities intact.

He was however voicing something similar to what a lot of people have said: that a one-off Test somehow isn’t enough.

Kohli wants, “a chance to rectify the things you have done in the first game, and then really see who is the better side,” because he feels that would be, “a good measure of how things really are.”

‘How things really are’ is that there was a protracted qualification process after which two teams were pitted against each other in a final and then one of those teams (New Zealand) beat the other one (India).

To qualify for this final, New Zealand monstered opponents at home and cobbled together enough points away from home. They then got to play the final in conditions that didn’t diminish their strengths.

So what? That was the situation and they did what they needed to. They ended up playing India and they absolutely smothered them in a paradoxically shortened-yet-extended match where only two batsmen passed 50 and the top score was 54. They’re Test champions.

The next Test champions will take a different route to victory. Maybe they’ll overcome more obviously challenging hurdles and we’ll think more of them for that. Maybe one day New Zealand will win this again on a bunsen in Galle after a string of hard-fought away wins in qualifying and we’ll consider that a greater achievement.

“It can’t just be pressure applied over two days of good cricket and then suddenly you are not a good Test side any more,” said Kohli.

Who said you weren’t a good Test side any more? It may be ‘title or no title’ but it’s not all or nothing in every sphere. India still qualified for that final. Just as New Zealand aren’t a 100% perfect Test team, the India team they beat doesn’t instantly become 100% worthless.

We play longer Test series in large part to create context. The third Test is best when it’s 1-1 and it feels like a final. The World Test Championship already had context. That’s how New Zealand and India ended up playing this match. And New Zealand won it.

Why not sign up for our somewhat intermittent email?