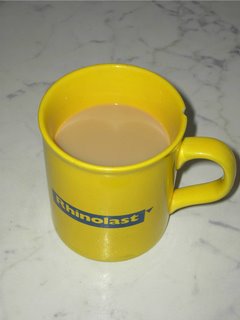 We made ourself a cup of tea this morning, we started drinking it and then we went upstairs for a bit. When we came back down, the mug was empty. No-one else was in the house.

Think about it. If you were WG Grace, wouldn’t you come back from the dead to see the last couple of matches of this season’s County Championship? Of course you would. And wouldn’t you really fancy a brew when you arrived? Unquestionably.

The County Championship is putting everyone in danger. There are ghosts in our midst. And they’re drinking our beverages.