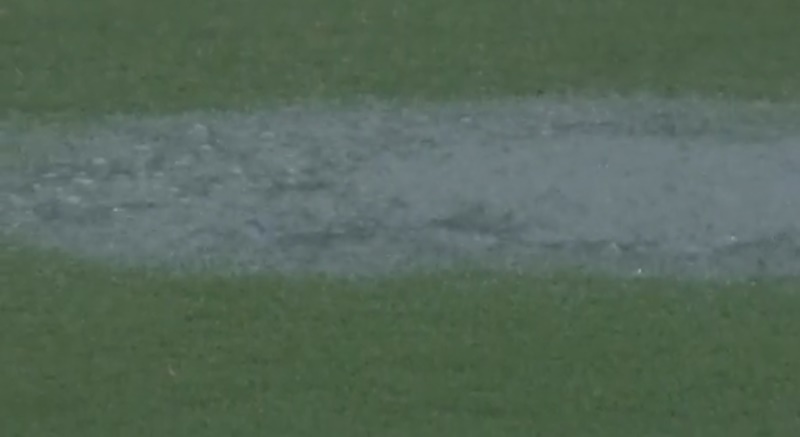 No amount of mopping-up would have been sufficient to ensure the T20 World Cup semi-final between England and India would have taken place. With no reserve day, India went through to the final because they came top in the group stage.

Harmanpreet Kaur reckoned India had taken the rules into account from the outset.

“We knew from day one when we were going to start this tournament that we would have to win all the games, because if we don’t get a match because of any condition, then whoever is at the top in the league, that team is going to play the final.”

We’re a bit dubious of this claim. The long and short of it is that every team was going out to win every game. Why would they have checked the rules at the start and gone, “Oh wow, we’d better really try and win every match in case it rains in a fortnight’s time”?

Heather Knight said England hadn’t paid attention to the rule in advance. “We plan to try and win every game that we can,” she said.

So basically England approached their games in exactly the same way as India but won fewer of them and aren’t in the final.

We got really irritated with how this site was presenting images after a recent software update. We couldn’t fix the problem so we’ve instead gone for a complete redesign. This is a little like buying a new house because the front door hinges are squeaky.

There was a bunch of other stuff we wanted to tweak anyway – chiefly making the Patreon-funded features a little more prominent. We’re trialling this look for a few days. Please let us know if there are any issues (or if there’s anything you actively like).

How should you let us know?

We realised earlier this week that we haven’t been getting all our emails. It’s only a forwarding issue, so they’ve all been received, but if you’ve sent something and we haven’t responded, this is probably why. We’ll try and get to them all eventually, but obviously there’s a backlog.

We’re slowly working to sort things out and nothing’s lost. Soz though.