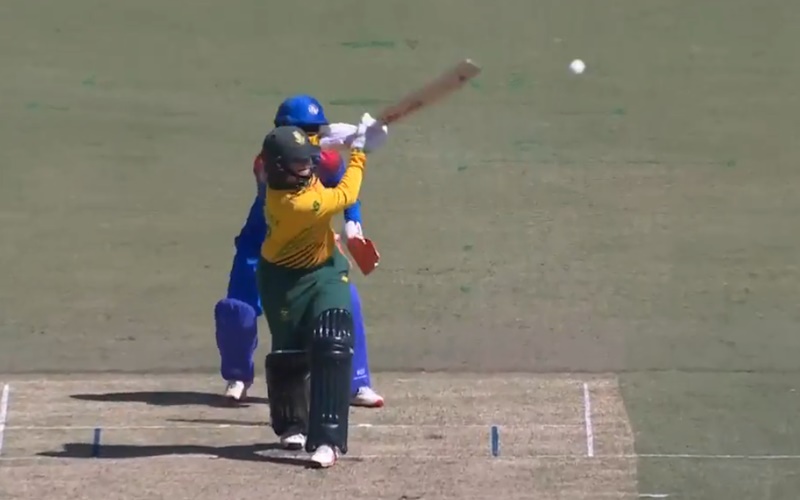 In the third over of Thailand’s match against South Africa, something truly magical happened. Ratanaporn Padunglerd bowled a really, really shit delivery and got a wicket with it.

In theory, Padunglerd bowls medium-pace, but the speed gun had this down at a Chris Harris-esque 90km/h (56mph).

Brain short-circuited by the sheer, cubic filthiness of what had been sent vaguely in her direction, Dane van Niekerk high-left-elbowed the ball in a gentle parabola straight to midwicket.

As the ball slowly looped through the air, she had plenty of time to do some excellent body language.

With just a single flap of the arm, van Niekerk said: “Oh come off it. You can’t be given out to a delivery that shit. Can you? You can? Really? In that case how and why did I hit it there?”

It was really very expressive.

She should probably take up mime. Mime is money.

That was about as good as it got for Thailand: South Africa made 195-3 and then they lost three wickets in the fourth over of their reply en route to 82 all out.

Having already lost to the West Indies and England, the wait for Thailand’s first T20 World Cup win goes on.