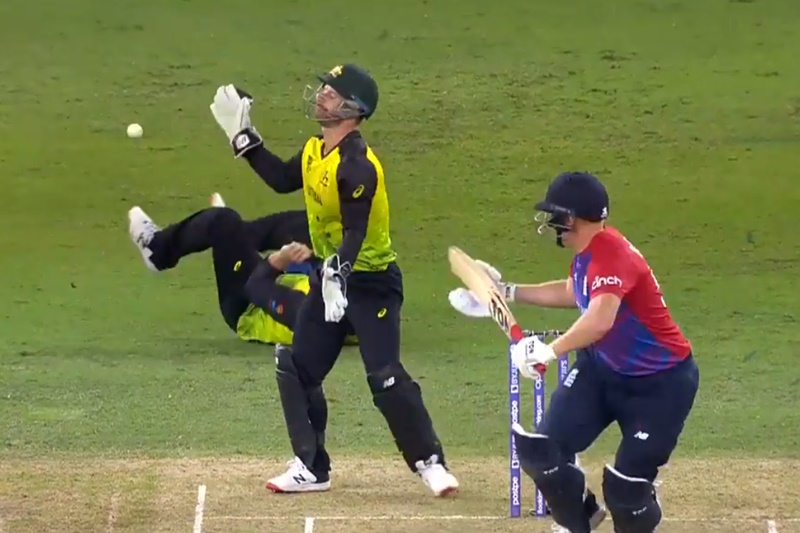 Sometimes it’s Monday morning and the latest cricket news is… not excellent. So let’s busy ourselves with some good old-fashioned gloating instead.

You may have noticed that England beat Australia on Saturday. And then carried on beating them.

There were many highlights, several of which did not involve the camera panning to cow corner. The best one from our perspective came while Australia were doing that thing where you have to carry on playing cricket even though everyone involved knows the game is far beyond lost and already has been for a very long time.

In that situation, all a team wants to do is shake hands with the opposition and go home. But you’re not allowed. You have to carry on running around pointlessly.

England needed seven to win off 54 balls. Ashton Agar was bowling. He turned one. Jonny Bairstow missed it and so did everyone else.

It was the sadness that was so enjoyable.

Really, by this point Australia were almost entirely past anger and frustration. They were en route to becoming nothing more than little hollow puppets in yellow clothes.

Wicketkeeper Matthew Wade just about managed to muster a hand clap of disappointment with himself at having missed the ball. He then launched the world’s most pathetic frustrated kick.

It felt like the air near the stumps emerged from the conflict largely intact and that if anything, it was Wade’s foot that probably came off worse.

Look at Agar too – a physical manifestation of a sigh.

After missing the ball, clapping his hands and slightly moving one of his legs, Wade watched the ball roll gently away.

You can see that England are still playing cricket here and you can also see that Australia very much are not.

The one exception was Josh Hazlewood who had the grave misfortune to be (a) the nearest the ball and (b) not actually all that near the ball.

This meant that he was obliged to give chase – or, more accurately, do an impression of giving chase.

So Hazlewood kind of ran for a bit, calibrating his effort very carefully so that it looked very much like he was trying to stop the ball, even though he had almost certainly given up on it before he even set off.

Actually ‘given up on it’ is the wrong term because for Hazlewood a four meant less purgatory, whereas a two or a three meant more purgatory.

It was a whole great wonderful performance. Elite losing.

Of course we do an email. You can sign up for it here.