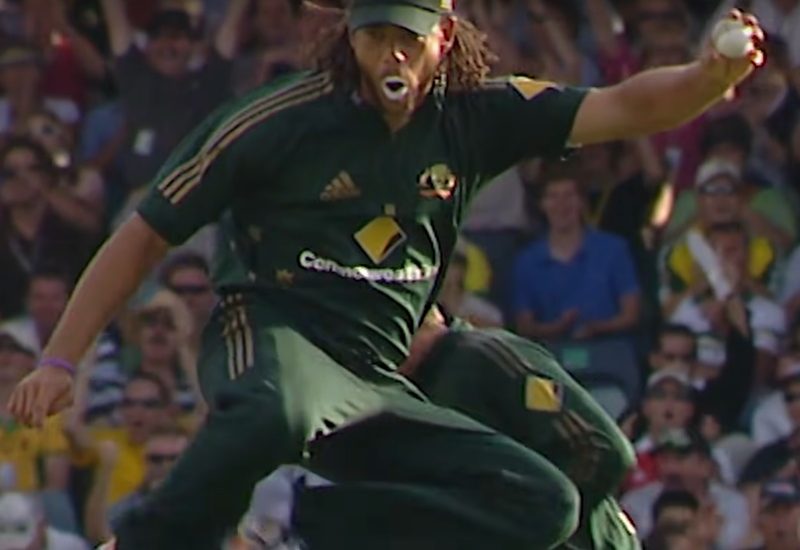 Andrew Symonds was killed in a car crash over the weekend. We feel an urge to state that this is dreadful news, which is just a fantastically redundant thing to say.

We remember a few years ago reading a cricketer’s obituary and thinking to ourself that one day we’d feel obliged to write one for a player who we’d covered on our website. It seemed such a far-off thing. And yet here we are, just a few weeks after doing that thing about Shane Warne, typing away again.

Symonds’ death doesn’t feel quite the same as Warne’s. There is a more obvious prematurity about the circumstances that makes it feel more like Ben Hollioake’s death or Phil Hughes’.

The reason why our words about him are tucked away in the middle of a longer piece is because we don’t have much to add to what has been written elsewhere. Sure, we wrote about Symonds plenty, but we were usually having a dig after his latest colourful misdemeanour or lauding him for his stance on scented candles. (Remember that time he went on the radio and called Brendon McCullum “a piece of shit”? Here’s a few words about England’s new Test coach.)

Symonds was always a far bigger figure for Australians. We always felt this was only half for his cricket and half as a peg from which to hang distaste for cricket’s growing corporate side.

If you’ve read the various memories and anecdotes this week, you’ll see a lot of them have that in common. Turning up for a Cricket Australia meeting barefoot in a cowboy hat; skiving a mandatory practice session to go fishing; asking his employer if he could sit out all the interviews and photo shoots and just play cricket.

“With all the things that went with international cricket there was never enough time for myself,” he once told the Guardian.

“To me life is about fun. You have got to make a living, but not every day is about work. My life became difficult to lead. With the amount of things I had on my plate – cricket, sponsors, media – I just ended up having no time for myself. And that’s what wore me down.”

It always seemed to us that a lot of people identified with that sense that the sheer straightforward fun of cricket was being overcomplicated and eroded by commercialism.