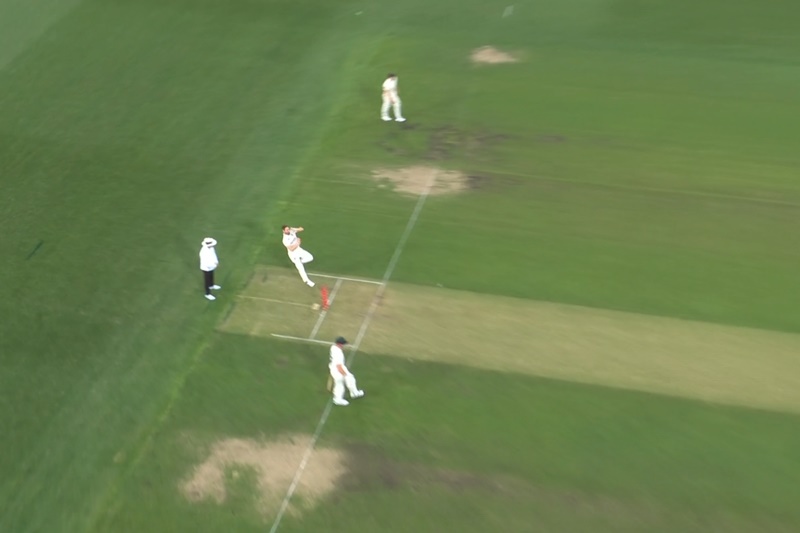 There is no right answer when it comes to England’s Test team selection right now. But there are different types of odd decision. The omission of a spinner for a day/night Test is the most predictable one.

England picked five right-arm fast-medium bowlers and no spinner for the day/night Test in Adelaide. That went so well that they picked three, plus a tired fast bowler and again no spinner in Hobart.

Once upon a time, working for a local newspaper, we spotted a weird result in a vegetable growing competition. One of the categories had a second-place but no winner. There was no third place either. It turned out the judges felt that despite Barbara’s kohlrabi not having any rivals, it was of insufficient quality to be handed first place. This is how she she came to finish second in a field of one.

No doubt the kohlrabi was fine with this, but you can’t imagine Barbara was delighted. Maybe she was furious and went away and grew the best fucking kohlrabi that had ever been grown. But maybe her sense of self-worth took a knock too.

While vegetable growing is pretty mellow and forgiving of uncertainty, bowling in Test matches isn’t really like that. Confidence is more than just an asset for a Test bowler; it’s an entry requirement. It’s hard to see how repeatedly being deemed second-best to no spinner at all has helped Jack Leach over the last few years.

Day-night Tests, in particular, seem to be an irresistible invitation for his team to put all their eggs in the Plan A basket with all subsequent letters utterly scorned. If it’s a day-night Test, England drop their spinner. The one thing you’ve got to credit them on is their conviction on this matter.

In Ahmedabad, in February 2021, Leach did actually get a game, but as England’s sole spinner. India, in contrast, picked three and they shared 19 wickets as England were bowled out for 112 and 81. Leach took four wickets in India’s first innings and Joe Root took 5-8 – a performance that kind of distracted from the crazy surplus of seam bowlers.

That was a bit of a freakish match though with extra skid combining with variable spin to make life really hard for the batters on both sides. England duly filed it away under “doesn’t count” and turned up in Adelaide with an attack comprising James Anderson, Stuart Broad, Ollie Robinson, Chris Woakes and Ben Stokes.

Despite this line-up, five of the 18 Australian wickets to fall in that match went to spin – three to Root and and two to Dawid Malan.

Denied the new ball, life was particularly tough for poor Chris Woakes. He took 1-103 in the first innings and went at 4.35 an over, plus a slightly more economical 0-46 off 12 in the second. Woakes is a really good bowler, but give him an old Kookaburra ball on an Australian pitch and even a beard isn’t going to save him.

So obviously he came back into the side for the next day-night Test in Australia, but this time as part of a four-man attack that also featured Mark Wood, a fast bowler who was rested when he wasn’t tired but who was being retained now that he’d a put a couple of serious shifts in.

You want us to send you the articles so that you don’t have to repeatedly check whether we’ve actually written something? Sure, no problem. Just give us your email address.