Rubbish. Okay, that’s a bit extreme. How about ‘worse than its predecessor’?

The graphics are better, but still bad. The whole point of this update is the presentation (nothing else has changed) so it’s hard to ignore. Before, they hadn’t made any effort, so you overlooked the rough appearance.

It’s like when someone’s bought some ridiculous new glasses to replace a broken pair. They looked stupid before, but now it’s as if they’re actively making a point of looking like a dick. 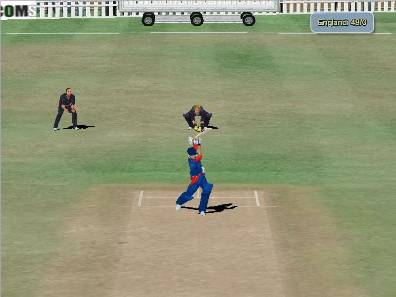 Oh and they’re jerky and hurt your eyes too.

Play the free Cricket Captain 3 demo, if you don’t believe us.

or whatever the hell it’s called. It’s only seven quid and it’s still the best cricket game available until they bring out one with more statistics than the entire history of the Wisden Almanack.