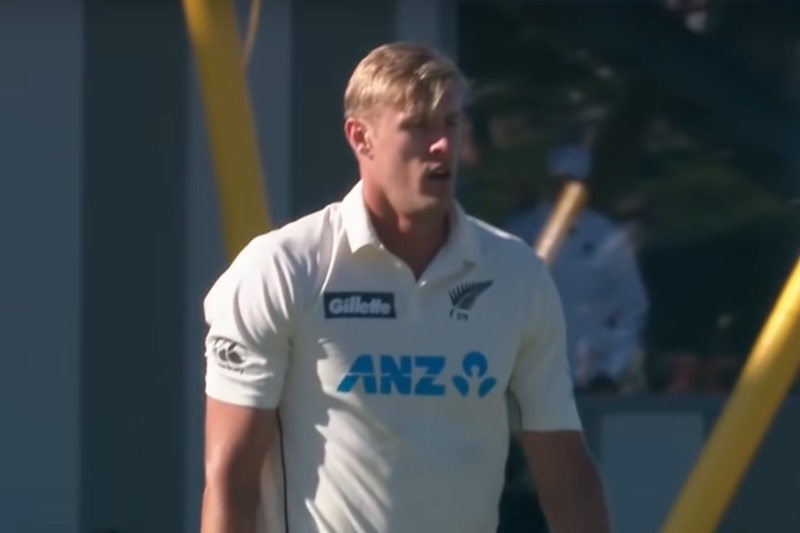 In Tim Southee and Trent Boult, New Zealand have textbook new ball bowlers who disagree on which arm to use. This is a useful starting point when trying to bowl out the opposition.

After that, they have the finest old ball bowler around, The Great Neil Wagner. Wagner is a man who will whang left-arm bouncers at your armpit from every conceivable angle at unpredictable pace and he will keep on doing that until you get tired because he never will.

What kind of seam bowler could you possibly want after those three? How about a giant who bowls like Makhaya Ntini?

We’ve not yet seen a great deal of Kyle Jamieson, but from what we’ve seen, we’ve already concluded two things:

Tremlett was something of an oddity as a bowler. For a man who had apparently developed some sort of human growth hormone disorder and could no longer fit in human clothes, he actually bowled fairly sedately.

Jamieson seems to have a similar modus operandi. We suppose that if the batsman’s scared half to death by the mere sight of you, there’s little to be gained from scaring him further. You may as well just proceed straight to the pinning-back-his-stumps finishing move.