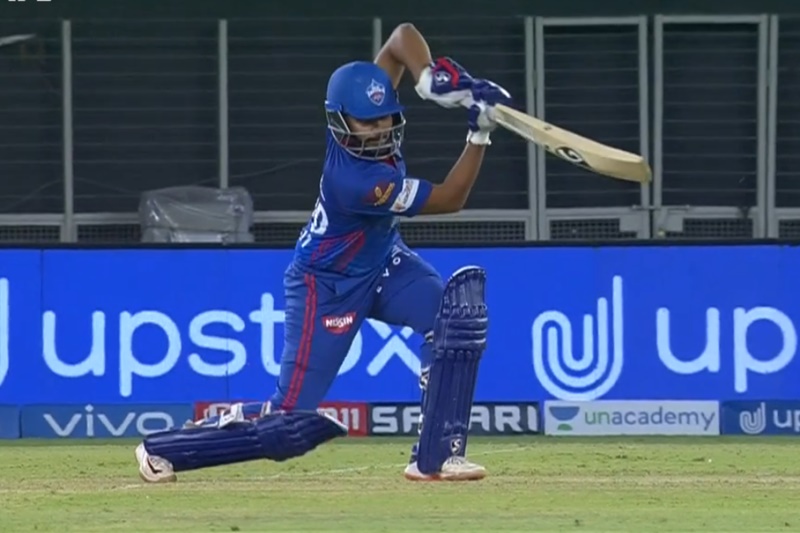 Look, obviously six fours in an over is not better than six sixes in an over. But also it is. That’s what we’re going to argue here.

Delhi Capitals were chasing 155 against Kolkata Knight Riders yesterday and it’s fair to say they got off to a pretty solid start.

First of all, Shivam Mavi bowled a wide first ball, so the required run-rate had already dipped a smidge without them having to do anything. Prithvi Shaw then hit the next six deliveries for four.

Hitting every ball to the boundary is a fully cool thing to do. We more often talk about six sixes because that’s the best a batter can do without assistance from the fielding side. But six fours is, in a weird way, more impressive.

Six sixes is not a thing that just happens. You’re already throwing caution to the wind by the time you’ve hit two in a row. By the third, you start thinking about doing a Sobers. After four, you’re pretty much committed. Ball six, you’re taking a swing no matter what.

But six fours? That’s controlled, isn’t it? Bear in mind that Shaw’s feat was achieved in the first over of the innings. Three shots in, he’d already had a great over and there was no need to do anything risky.

Second half of the over, Shaw wasn’t feeling pressured into death-or-glory shot-making. He was still trying to weigh risk with reward. He hadn’t shunted the batting aggression slider up to max. He hit three more fours because his normal batting is fantastic.

Okay, the fourth ball was dogshit. It was wide and full, but Shaw still pinged it away delightfully. Ball five, he angled it through a gap with the precision of a man who is seeing the world at a different speed from the rest of us. Ball six was, admittedly, airborne, but it was the deliberate lofted drive of a man who hasn’t even considered that he might not middle it.

After one over, Prithvi Shaw was on 24 not out and he hadn’t even vaguely looked like getting out. As far as Kolkata Knight Riders were concerned, there was every chance he would continue hitting every ball for four until they were beaten. That is a fairly terrifying prospect.