Morkel Burns Pope (and now for some commas) 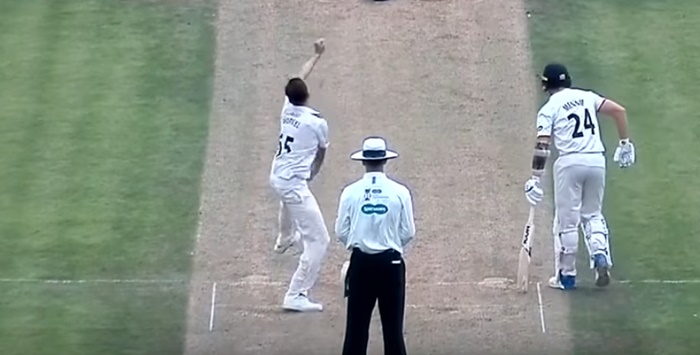 Surrey have won the County Championship. You win 10 of 12 matches and draw the other two and these things happen.

We were checking the averages in the first division of the County Championship earlier today and two things struck us. Firstly, very few people have averaged over 40 and secondly, Surrey have had the three stand-out cricketers this season.

While the wicket table is somewhat unexpectedly topped by two Lancashire players (Graham Onions and Tom Bailey), Morkel isn’t far behind despite only playing two-thirds as many games. He has so far taken 50 wickets at 13.96 and should quite honestly be playing a different standard of cricket or attempting some other similarly challenging activity, like limbo.

Burns is way off on his own as top run-scorer with 1,241 at an average of 68.94. This is a weight of runs to defy Ed Smith’s funkiest selectorial urges, so you can’t imagine he’ll be playing quite so many matches for Surrey next year.

Ollie Pope is the only batsman who has made a significant number of runs at a higher average. He has made 802 runs at 72.90.

There are currently 16 players averaging more than 40 with the bat in the first division. Only seven of them have played more than eight games. Batting in England is really hard.

Jonathan Trott’s guard-marking routine is infamous. He has a series of things he NEEDS to do before he’s happy to face a delivery.

Morne Morkel’s turn at the start of his run-up is less well-known, but is seemingly just as deeply ingrained. It seems he can’t run into bowl without doing a full 360 degree turn at the outset.

In this Test, Morkel and Trott have clashed.

Where do wasps come into this?

Digger wasps paralyse their prey before taking it back to their nest. However, rather than taking the insect straight into the nest, they first leave it outside so that they can check that everything’s okay indoors. Having confirmed this, they then come outside to collect it and bring it in.

Ordinarily, this all works well enough, but if some devious person moves the prey while the wasp’s inside the nest – even by just an inch – then the wasp is set back a stage. It will pick up the insect, return it to the original spot and then go back inside to check everything’s okay again. If you’re the one moving the prey, you can actually do this again and again and the wasp will never learn.

So how’s that relevant?

Morkel turns to begin his run-up and when Trott sees the bowler facing the other way, he immediately finds himself pacing and pawing at the crease, as he always does between balls. Morkel then has to stop and wait for Trott to finish. When Trott is finally ready to face a delivery, Morkel turns to begin his run-up and the same thing happens again.

Any sign that fast bowling’s back in fashion is good, but does the victim have to be the West Indies? Dale Steyn took 5-29 and Morne Morkel took 4-19. Great stuff, but you feel bad for who’s on the receiving end.

It’s like eating lamb. It’s delicious, but it’s best to tuck in without thinking about the woolly people who have lost their lives so that you might enjoy your barbecue.

Why can’t fish be tastier? Fish are the vegetables of the sea. Eating fish doesn’t lead to much guilt despite the fact that we feel guilty for pretty much everything. Sometimes we feel guilty for nothing. We’ll just wake up with a sense of guilt hanging over us and resign ourself to enduring it for the rest of the day. Those are good days. The feeling distracts us from our default feeling of worthlessness.

Who needs spinners when you’ve got bowlers like Morne Morkel? Pace, bounce, seam, swing, accuracy and stamina. It’s a quick bowling full house. England need a five-man attack to cover all those bases.

Can he stay free from injury? Will he bowl well in tighter matches than these? Probably – but that’s based on nothing more than post-10-wicket-defeat English pessimism.

Actually, we’re not upset at all. We’re quite content. We like fast bowlers. We like bowlers who get the better of the world’s pudgy, complacent batsmen and we also like people whose names rhyme with ‘snorkel’. Another full house.

Get to know the South African team

This is a guide to a few of the newer South African players. You shouldn’t cut it out, nor should you keep it. You should read it once, sigh and think to yourself: ‘I already knew all that. I remember when this site was good.’

Like all South African spin bowlers, he’s 29 already, even though he’s ‘new’.

You sort of remember him from when England toured South Africa in 2004, when his beard was all the more lovable for the short periods of time it was inside a batting helmet. It wasn’t a great series for Amla.

Unfortunately Hashim Amla has rather pushed on. In his last ten Tests – against New Zealand, West Indies, Bangladesh and India – he’s bearded three hundreds and averaged 58.8. It’s customary at these times to remove any scores against Bangladesh, so let’s do that.

Hopefully this form won’t last and having hit a hundred in each of South Africa’s warm-up matches, Amla’s clearly frittering away his reservoir of runs at the wrong time. The hirsute fool!

Think James Anderson with another 5mph of pace and no bad days.