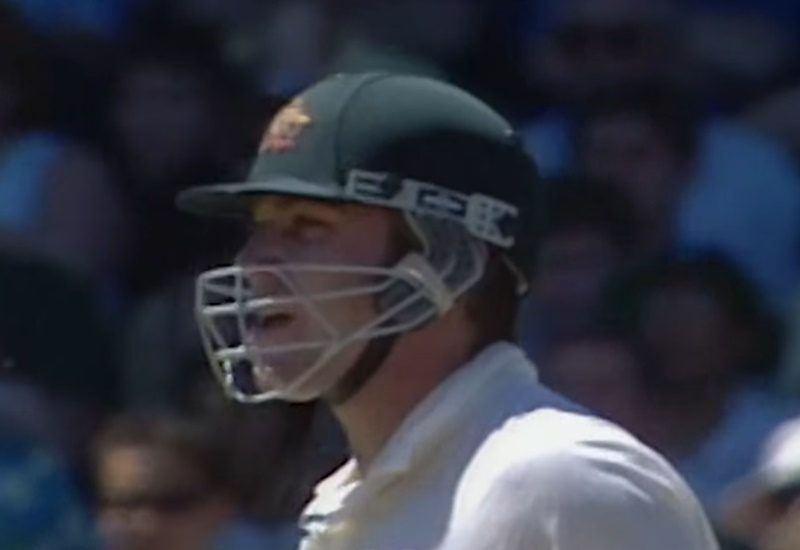 Let’s pick a 1990s Australia XI. We’re not looking for the best team here; we’re just trying to pick an Australia Test team that couldn’t be more Nineties if it tried.

We’re not as comfortable gauging Australian 1990s-ness as we are gauging English 1990s-ness, so a couple of weeks back we asked our Twitter followers who they thought were the Nineties-est Australia Test cricketers.

What resulted was a bit of an informational tsunami, but fortunately people were largely in agreement. Once we’d weeded out all the players who actually played most of their careers in the 1980s or 2000s and who just *seemed* kind of Nineties for one reason or another, this was pretty much what we were left with.

A couple of things to explain here.

The seamers are interesting. There’s a really English vibe about a Julian, Reiffel, Fleming pace attack.

We actually wanted to include Stuart Law at six because we felt like his single Test cap summed up that decade of Australian batsmanship better than anything. But then Geoff Lemon from The Final Word podcast told us that, “Bevo was the Heaps Ninetiesest of the lot.”

Being as Geoff knows this subject way better than we do, we have bowed to his superior knowledge. So Law misses out. Again. Which is perhaps the way it should be.

You’ll also note that Shane Warne is missing. It was a tough call, but the general feeling was that while Warne is intrinsically Nineties, he nevertheless played on for quite a while afterwards. In contrast, Colin “Funky” Miller’s Nineties credentials are unblemished in any way.

Shane Lee is 12th man as an e-gift to Lemon’s fellow Final Worder and friend of the site, Adam Collins.

Lee never played a Test for Australia. Cricinfo’s Daniel Brettig told us that he was called into the squad once, ahead of 6th (sixth!) Ashes Test in 1997 due to injuries. However, he missed out to Shaun Young, who played his one and only Test.

Now that we’ve got a Nineties England XI and a Nineties Australia XI, there is of course only one possible course of action. Next week we’ll pit these two teams against each other in a one-off exhibition Test – Sim Nineties: the 1990s-est Ashes.