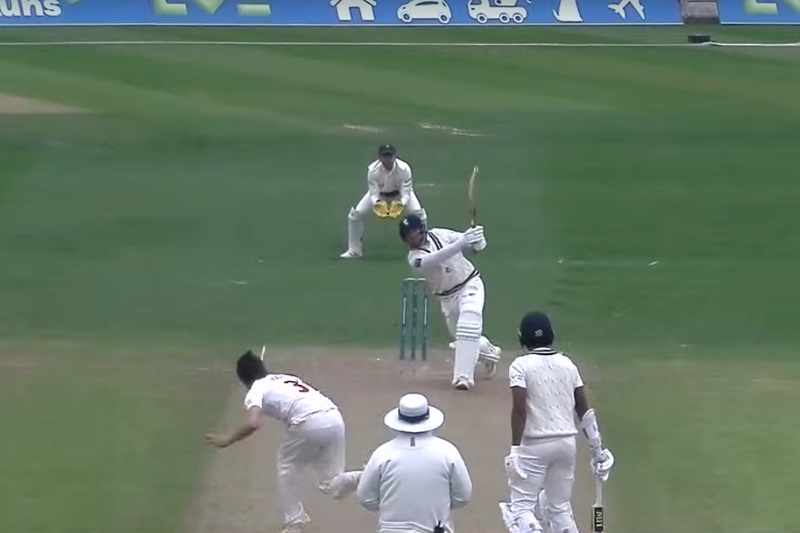 Kent’s Darren Stevens has been making some incredible things happen in recent years. This season in particular. In fact he’s now reached a point where he is making bonkers things happen even when he’s no longer in the middle.

The next thing that happened was in its own weird way even more brilliant – albeit it was only possible thanks to Stevens’ perfectly insensible contribution.

Stevens’ innings came to a close when he holed out aiming yet another tonk over the ropes. His dismissal ended a partnership with Miguel Cummins that was worth 166.

Of these 166 runs, Cummins contributed 1.

But it gets better. At this point, Kent’s number 11 Matthew Quinn walked in and hit his very first ball for six.

So what we have here is Miguel Cummins, surviving batsman from a recently-completed 166-run partnership, finding himself in a position where his new partner has six times as many runs as he does after just one ball.