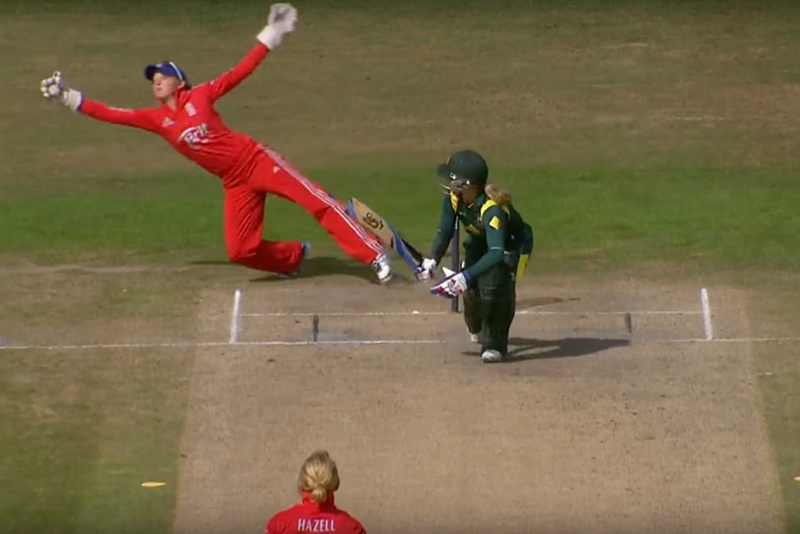 Say what you like about the Hundred, but it’s giving us Sarah Taylor when we otherwise wouldn’t have Sarah Taylor. The former England wicketkeeper is returning to professional cricket after joining Welsh Fire, having previously retired from cricket in 2019.

We wonder how many times this year we’re going to start a sentence, “Say what you like about the Hundred, but…”

We also used it a couple of weeks ago to point out how runs-per-100-balls strike-rates will make a good deal more sense in a format where innings last 100 balls. It’s a construction that seems to neatly fit our editorial position, which is that, yes, there’s obviously stuff to dislike about the Hundred, but have you noticed that there’s also stuff to like?

Because they spend so much more time up to the stumps, wicketkeepers are far more important in women’s cricket and Taylor is the best of the lot.

Why is she the best?

Oh, you know, little things like trying to run out two batters at opposite ends with basically the same movement.

And of course, most frequently of all, things like stumpings that have happened before a normal person would even have caught the ball.

That last one happens quite a lot.

Male wicketkeepers are not especially influential figures any more. For about 80 per cent of the time, they’re just stoppers; little more than out-fielders in gloves. There’s rarely much to be gained from picking someone who performs the role with a bit of artistry.

Women’s cricket is the best place to see wicketkeeping and Sarah Taylor is the best wicketkeeper to see and she’s in the Hundred.