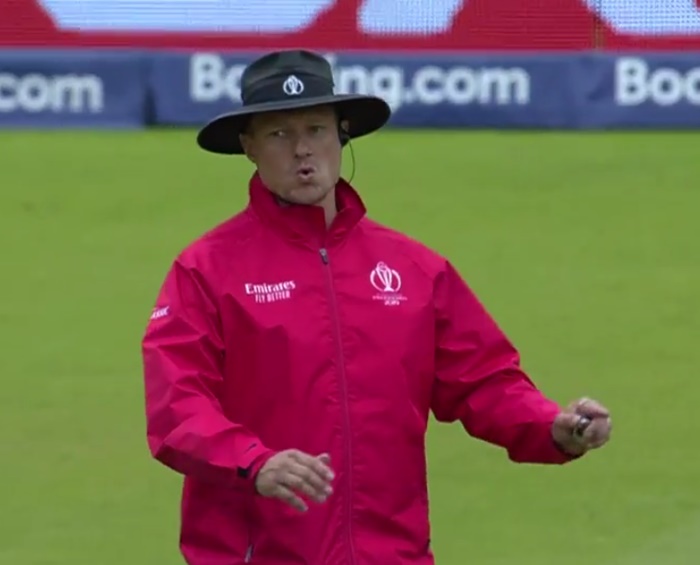 As you all know, the greatest umpire face of this World Cup was when Jason Roy flattened umpire Joel Wilson and tried to say sorry and Joel Wilson didn’t really feel that the apology was entirely welcome.

This one was good too though. This was the face umpire Richard Kettleborough made when Martin Guptill hit the stumps to run out MS Dhoni in the semi-final.

Umpires are supposed to be impartial and while the face didn’t actually betray any allegiance, it was an unusually emotive way to signal for a review.

“That’s close,” he was saying. “That’s really, really, super-close and this is very, very important.”

That’s good, we reckon. That’s appropriate. The face was a sign that this was such a big match and such a big moment that even one of the Red-Jacketed Robots of Judgement overseeing the game had felt moved by what was happening.

Umpires are supposed to be all chilled and inscrutable, but cricket is such a colossally powerful and wonderful thing that even Richard Kettleborough is apparently not immune to the occasional inadvertent sharp intake of breath.