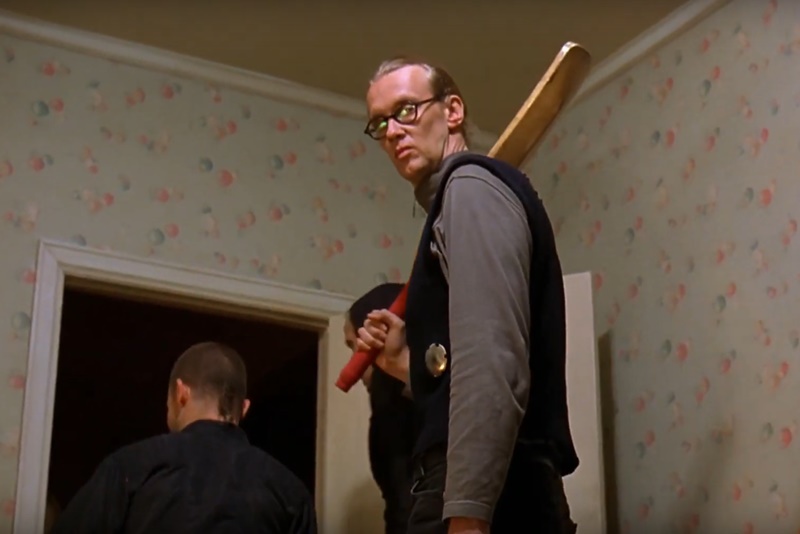 Thanks to Chris for reminding us of a cricket bat in an unusual place – in the hands of a nihilist in The Big Lebowski. (The big challenge here will be to refrain from veering off topic for 1,200 words about how Walter Sobchak is a quite magnificent arsehole. We will do our best.)

The nihilists in the Big Lebowski were once the band Autobahn. Now they’re just wasters who are trying to get money out of ‘the other Lebowski’. One of them is played by Flea, the bassist from the Red Hot Chilli Peppers.

What is a nihilist? In the words of their leader, Karl Hungus: “We believes in nossing, Lebowski. Nossing!”

Someone who believes in nothing? Put it like that and it doesn’t seem at all unusual for a cricket bat to be in the hands of a nihilist. But a German nihilist? Come on, that’s unexpected.

At one point the nihilists break into the Dude’s apartment (“Hey! This is a private residence, man!”) armed with a cricket bat and a ferret and threaten him.

Specifically, they threaten to come back and, “cut off your chonson!”

It doesn’t feel like Franz looks after his cricket bat especially well.

Presumably bat care is something he doesn’t believe in.