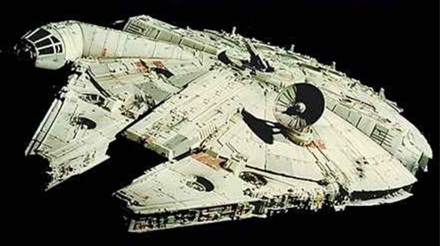 We do. The poor bastard. It’s bad enough going through life feeling like everything’s out to get you without repeatedly being confronted with evidence that it is. Hauritz must have offended the Moirae at some point. Maybe, with that face, they’ve mistaken him for a child and feel that he’s getting ahead of himself.

As an Australian cricketer, Hauritz will be most bothered about the Ashes and the World Cup. He missed the Ashes for no sensible reason, as proven by the fact that the selectors felt they had to return to him for the World Cup. Now he’s dislocated his shoulder.

It’s the fact that he’s in such proximity to these events that must make it so painful for him. Imagine being seven years old and being desperate for the Millennium Falcon. No-one has ever wanted anything quite so much as you want the Millennium Falcon. You’re only seven, but you’ve actually taken the trouble to remember how many Ls and Ns are in its name.

The next Christmas, you are given the Millennium Falcon and it is everything you’d dreamed it would be. In fact, it is better. Your favourite Star Wars figure, Ree-Yees, can sit in the cockpit and it makes space weapon noises when you press a button. You cry a bit with gratitude and sleep with it right next to the bed.

Boxing Day morning, you get up and put your foot right through the middle of the damn thing. The dream is over. Nothing will console you – not even an offer of 568ml of a fermented alcoholic beverage from someone who writes a website on the far side of the world.