You’ll have heard of Michael Vaughan’s ‘artballing’ by now. He throws, hits and bowls paint-covered cricket balls against a canvas and what results is branded ‘art’. 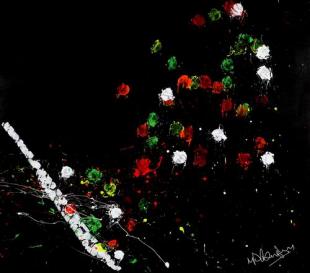 If you do something for a living, doing the exact same thing only with the odd implement dipped in paint isn’t ‘getting away from it’.

If you were a mechanic and at the end of the day you were sick of work, would you spend eight hours working on a car using a spanner that had been dunked in red Dulux?

No. Chances are that might seem just a bit too similar to work.

We did a rare half-decent post about this artballing lark, so we gave it to The Wisden Cricketer where it would be more at home.