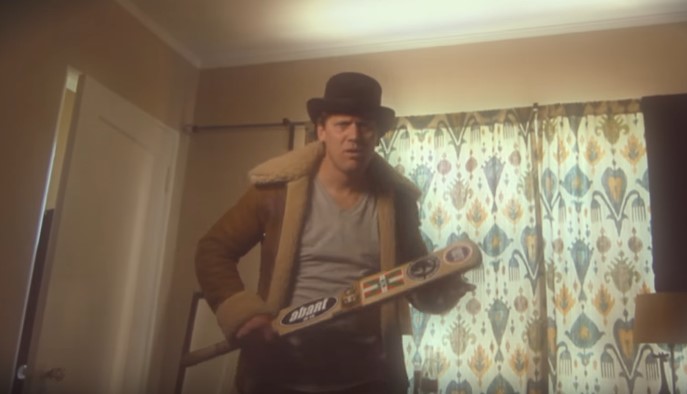 PowerSolo are a wild and crazy Danish nouveau-punk duo. They mostly tour around Europe, not the UK. My old friend Pinball Geoff put me onto them recently – they are even more mad than his band, the Bikini Beach Band. Short story.

During the first twenty seconds of the video for Powersolo’s song, Frantic, one of the Danish duo is gratuitously roused from his slumbers with the use of a cricket bat. To add to the confusion, Clint Eastwood sort-of introduces the video. It’s all a bit cog-dis, especially the cricket bat bit.