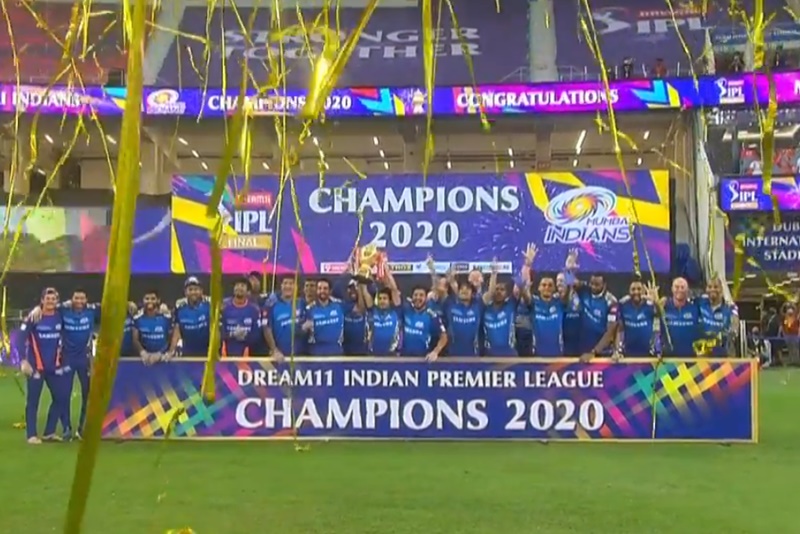 By being on the receiving end of an agonisingly protracted lecture from Nita Ambani, of course!

Regular readers will be well aware of our morbid fascination with Nita’s breath-taking commitment to interminable public speaking.

As soon as we realised that Mumbai were going to win, our thoughts immediately turned to Nita’s victory talk and whether or not it would be powerful enough to entirely drain away all of the positive feelings arising from becoming champions.

We have all experienced these sorts of bosses.

“I just want to say a few words,” she says… before STEALING A SIGNIFICANT FRACTION OF YOUR LIFE FROM YOU.

Look at these faces.

These are the faces of people who have just won the IPL.

Look what she’s done to them.

And this isn’t even halfway through the celebratory lecture.

By the end of the monologue – when Nita has finally finished listening to her own voice saying stuff about family and connectedness and whatever the hell else welled up in her mad self-possessed mind – these people are empty husks.

These cricketers and random franchise staff have just won the very thing that they all worked together to win. They were full of adrenaline and elated and happy. Now they are awkward and uncomfortable.

It finishes with them forced to hold hands like kids in a nursery.

At least by that point they are starting to get happy again because it is slowly dawning on them that maybe Nita has finally stopped talking.