This is Grimlock. He’s a dinosaur who is also a robot. It literally doesn’t get any better than that. 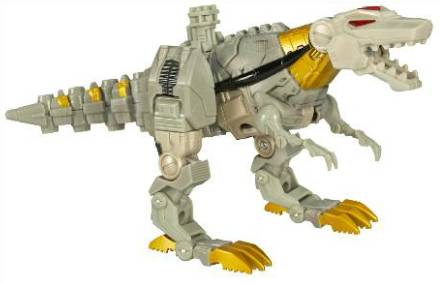 At the end of last season, we hypothesised that Mark Ramprakash had been spurred into overachievement by a promise from his father. We thought that maybe Mark’s dad had said he would get Galvatron for Mark if he passed 2,000 runs during the season – 2,000 runs being a ludicrous amount, ensuring that Mark’s dad wouldn’t have to part with any cash.

The man’s a genius. That’s not going to stop us from smashing Grimlock when he’s not looking though, because his last two hundreds have deprived Lancashire of the County Championship.