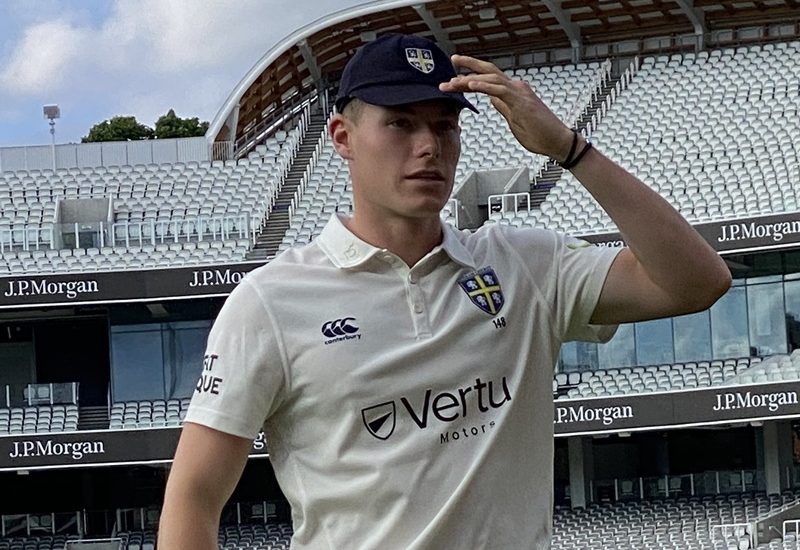 We don’t believe you can draw meaningful conclusions from players’ debuts – but we report on them anyway.

Before this match, we wondered whether Matty Potts was unusually tall or unusually quick. Turns out he’s neither, which makes Rob Key’s comment that he saw him as a “point of difference” in England’s attack a little hard to comprehend.

Perhaps he was referring to Potts’ intact spinal column, which is a pretty unusual thing for an England pace bowler to have at his disposal at the minute.

The lack of any really obvious “X-factor” didn’t seem to hamper Potts unduly at Lord’s. Figures of 4-13 are pretty hard to argue with. Which isn’t to say we aren’t going to try.

When we questioned how the 84mph right-armer offered a point of difference on Twitter, plenty of people seemed keen to point to his bowling figures as some sort of rebuttal.

But bowling performances don’t really work like that. Potts’ return tells us he had the means to take wickets on this day, in these conditions. It tells us he can bowl accurately and effectively and isn’t overawed – all of which are worthwhile attributes – but it doesn’t gift him the kinds of standout raw materials that the England Test team tends to find harder to come by.

Four wickets for 13 runs is a phenomenal debut; the kind of performance that might leave an onlooker wondering whether he’s actually just a figment of the bowler’s dreaming subconscious mind. But what does it really tell us?

If we take James Anderson’s Test debut in May 2003 as a starting point, it’s possible to pick out a whole bunch of right-arm fast-medium England bowlers who started out really well in England with a Dukes ball.

James Kirtley took 13 wickets at 19.92; Toby Roland-Jones took 17 wickets at 19.64. Then you’ve got the likes of Craig Overton, who averages 27 in home Test matches; Graeme Onions (who was actually quicker than you remember), who averaged 24.62; and of course our old friend Chris Woakes, who takes his home wickets at 22.63.

All good bowlers – a couple of them excellent – but not one with a recipe for success that was really worth sticking in a suitcase.

At the same time, Jimmy Anderson’s home record is okay. Plus, if you’re a regular England bowler, you’re going to play half your cricket in England anyway, so it is pretty handy to be able to bowl there.

So let’s chart a different course. There’s a time for nitpicking and being all neurotic about the future and there’s a time for congratulating the lad who just kicked his international career off by getting Kane Williamson caught at slip.

Our emails are dispatched at slow-medium pace. Slower even. Remember the Chris Harris ‘moon ball’? That sort of pace. Sign up here.