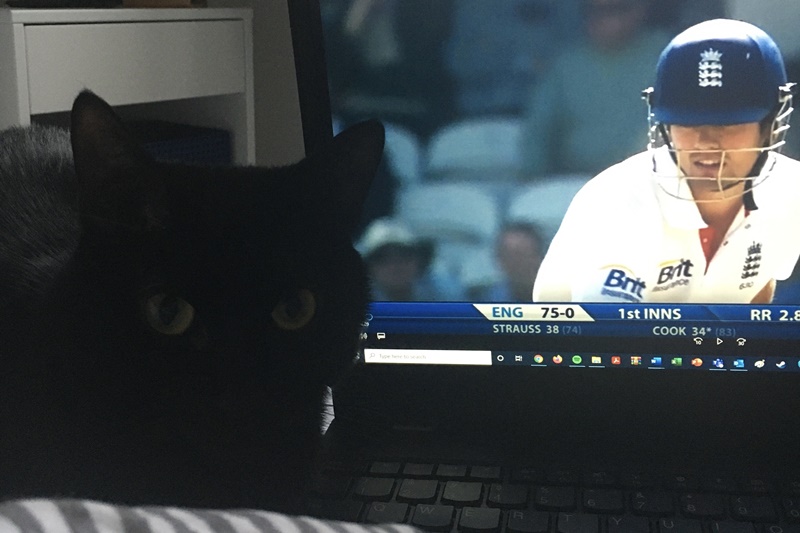 Rob writes: “Hello King Cricket. (Long time listener, first time caller.) Here is a picture of a cat named Omelette giving me a judging expression for watching the highlights of the 2011 England v India Test series (mainly to remind myself of an era where RP Singh was considered the height of Indian pace bowling resources).

“The former England captain AN Cook’s world class blocking-out of half-volleys from a partially interested bowling attack did not resonate with him, and as such I have no idea how to engage him with this sport.”

We asked Rob whether Omelette was perhaps exhibiting just a hint of alarm at the possibility he might catch a glimpse of play.

If you’ve got a picture of an animal being conspicuously indifferent to cricket, please send it to king@kingcricket.co.uk.