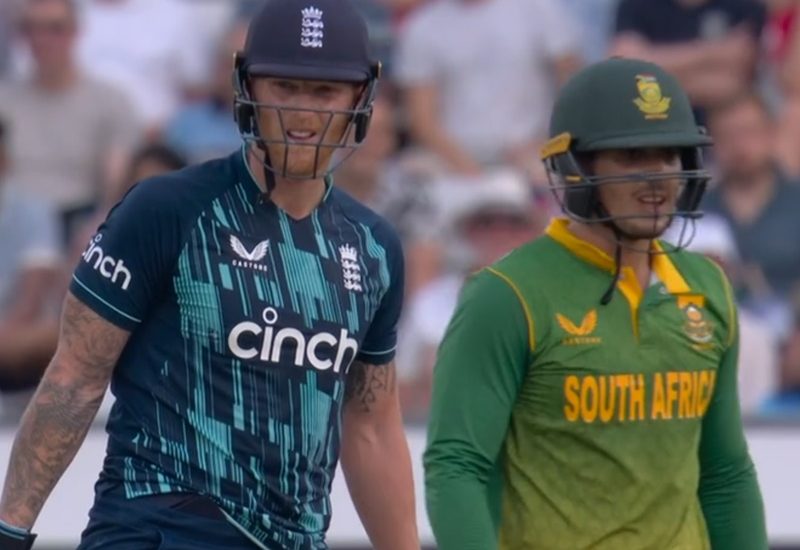 Weary, ageing superstars normally start to shed formats from one end of cricket (T20s) or the other (Tests). How typical of Ben Stokes that he should instead see fit to tear out the middle. What does his decision say about the future of 50-over cricket?

International cricket’s middle format isn’t the most popular right now. It’s clearly the form of the game that’s least important to England’s highest profile player and the general reception to his departure has been about as enervated as, “Oh, well, fair enough.”

Reacting to Stokes’ decision, BBC cricket correspondent Jonathan Agnew asked: “Is it harsh to say that the 50-over format is struggling? It is probably true in terms of player appeal. If it were not for the eight-hour guaranteed broadcast rights, the format would be dead on its feet. A lot of the players do not enjoy playing it and it is a big commitment.”

You wouldn’t mistake that for a fulsome defence of the format in which England are world champions. Cricket is meant to be fun, but 50-over cricket is rapidly gaining a reputation as some kind of unavoidable obligation that was sent from the gods for the benefit of no-one.

We are not exactly outraged by this view. England have been playing one-dayers pretty much every other day recently and we’ve conspicuously and consciously failed to report on them. But that isn’t the same as fundamentally disliking the format.

A different type of one-dayer

To briefly take yet another of our habitual detours to road cycling, one of our favourite races of the season is Milan-Sanremo. It too is a one-dayer – the longest one of the season.

298km is a long way to ride a bike and especially so in mid-March without spring and summer miles in the legs. What’s interesting about Milan-Sanremo is how that distance combines with its moderately hilly finish to create a myriad of possible outcomes.

The likely winners of bike races are ultimately defined by the course. Finish on top of a mountain pass and you instantly narrow the possibilities down to just a handful of very skinny people. Go over cobbles and you narrow things in a different way (mostly Belgians). On a flat route with a flat finish, you’ll get a different group of people again. These things aren’t discrete. The most interesting routes are generally the ones that leave you wondering. (The same applies to riders. The ones with less extreme strengths and frailties are the ones who tend to make races more interesting.)

At no point in the season is a race as open as Milan-Sanremo. The race is long enough that a Tour de France winner like Vincenzo Nibali can get away from rivals on what would normally be a relatively unchallenging incline, as he did to win in 2018. At the same time those final hills aren’t quite challenging enough that you can rule out sprinters like Mark Cavendish, who won in 2009.

Sprinters and climbers are different beasts who share the same fields. In a three-week bike race like the Tour de France, they will chase victory on completely different days. They are so different, in fact, that they actually compete for different competitions – the green and yellow jerseys. It is only very, very occasionally – in races like Milan-Sanremo – when the best riders from each world are all striving for the win at the same time.

Cricketers like Ben Stokes, who was until last week a triple format international, are not really the norm. Most players – whether consciously or not – gravitate towards one end of the cricket spectrum or the other.

For every Joe Root, who has (almost accidentally) floated towards Test cricket, there are others like Quinton de Kock who have retired from the format in favour of an exclusively limited-overs career.

It doesn’t always involve retirement. Some simply pursue Test cricket or T20s more vigorously than the other and aren’t realistically in contention for the other format.

The 50-over Cricket World Cup is the one place where these worlds still meet.

We don’t know about you, but we find that idea appealing. We like seeing different approaches tested against radically different opponents. That’s what cricket’s about. Can the Test master hold his own in the brave new world of stats-driven white ball cricket? Can the T20 megabuckstar influence a longer match or are they really little more than a cameo artist?

A World Cup might give us Suryakumar Yadav facing five overs from Trent Boult, or Lockie Ferguson having a crack at Marnus Labuschagne – things we’re unlikely to catch sight of in either of the other formats. Those are exciting propositions not just because of their rarity, but because they give us an insight into the limitations and possibilities inherent in different approaches to the sport.

A counterpoint would be that if 50-over cricket were killed, maybe the best players would have more capacity to strive for inclusion in both of the remaining formats.

That’s probably true – although few are like Stokes or Jasprit Bumrah, excelling in all forms of the game. Most would still be better in one format or the other so there would still be a degree of polarisation.

Also, even on occasions when a more Test-favouring player did come up against a T20-favouring one, they wouldn’t be competing on what we might consider neutral ground. The contest would take place in one player’s preferred format or the other’s. The appeal of the old-fashioned one-day international is that it gives us disputed territory over which both can lay claim.

With a slower build to its climax but a start and finish inside a day, it’s really not a bad format. It’s probably just a bit overexposed. 50-over cricket still has its place. It’s just a much smaller place.