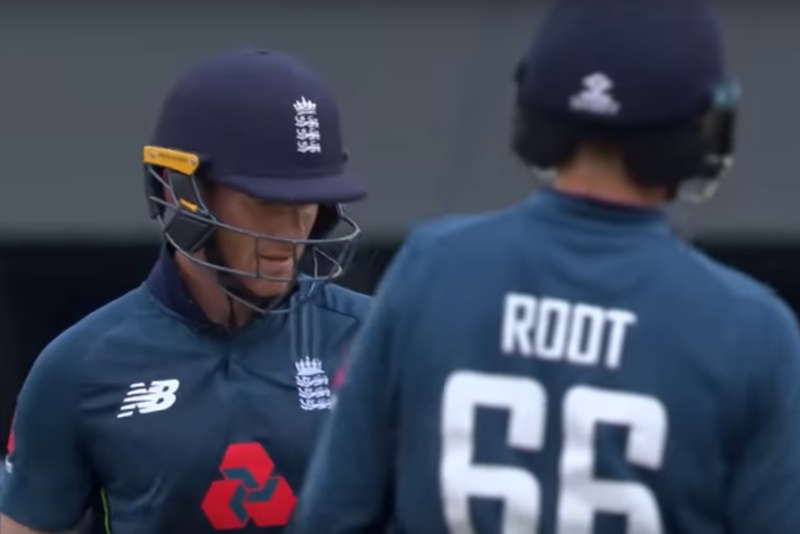 England are finally putting out their first team. And people aren’t happy.

Speaking ahead of the T20 series against India, Eoin Morgan came as close as anyone has so far to articulating the principles underpinning England’s 2021 squad rotation policy. (We’re not going to call it a ‘controversial’ squad rotation policy because that’s what journalists who disagree with things say when they not-so-secretly want to say ‘stupid’. We’re not even going to stretch to ‘controversially-executed’ for the same reason.)

Asked about rumbling dissatisfaction with players missing Test matches, Morgan told Sky Sports that he, Test captain Joe Root and the rest of England’s management team regularly talk about the series or tournaments they want to target.

“Obvious things like World Cups for us [the white ball squad]. So it’s important that we all are on the same page, because I fully understand that Tests are extremely important to us and obviously the Ashes at the end of the year off the back of the World Cup are going to be extremely challenging – but also there needs to be a lot of planning and structure in behind decisions that are made.”

Expanding on how he and Root felt about the impact of rotation, he said: “If you sat both of us down at the end of the year and we won the World Cup or came close, or challenged Australia or came close, the both of us would be very, very happy with the decisions that are made.”

While Morgan never actually said so explicitly, this seems to us to confirm that the whole year is built around these two parallel goals with everything else seen as subordinate.

Morgan also pointed out that it is normally he, not Root, who has to put up with his players being rested.

“To be honest, from a captain’s point of view I very rarely get our strongest squad together,” he said. “So for him not to have his strongest squad for one series is a very small sacrifice in the grand scheme of things – given bio-secure bubbles, the schedule and the pinnacle of winning an Ashes series away from home.”

A lot of fans – us included – struggled to come to terms with the notion that England deliberately compromised a Test tour of India, even if it almost certainly didn’t affect the result. This is because a Test tour of India is supposed to be one of cricket’s Big Deals.

But this is where 2021: The Year of Absolutely Everything has left us.

If you compare a Test tour of India to a T20 tour of India, the former would almost universally be considered a bigger deal. But that’s not the way England are looking at their year.

England are looking at 2021 and saying, “Okay, we can realistically only target two things here – one red ball thing and one white ball thing – so what are those things going to be and how are we going to give ourselves the best chances of winning them?”

No-one is allowed to say this out loud because the conclusions which have been reached are very uncool to India. However, the truth is that the Ashes and the World T20 are the pegs off which everything else is hanging.

What this means is that preparation for the World T20 in India outranks Test cricket in India on the basis that the latter is not massively relevant to an away Ashes series.

As Jos Buttler explained in a separate interview: “It makes complete sense to be here in India, ahead of a World Cup which will be played in these conditions, to play as best as we can in this series against what is an excellent India side, in their own conditions. It is probably the last time we’ll have a full-strength squad available.”

(Apparently England didn’t massively care about the World Test Championship in the end because that didn’t seem to be a primary target. Or perhaps they privately concluded that they didn’t actually stand much chance of qualifying.)

For what it’s worth, this line of thinking seems to be what is informing attitudes to the IPL as well. It’s seen as a great way to test players under pressure in big T20 games in India.

According to Morgan: “As a white-ball captain planning towards World Cups, certainly over the last five years, we’ve used [the IPL] and benefited from it hugely in the development of our players and the confidence that we’ve built in the changing room in guys like Ben Stokes and Jos Buttler going there and being MVP and bringing the knowledge that they’ve learnt into our changing room.

“The international schedule is what it is – it seems to cater for the majority of the time in and around the IPL. We see other boards around the world almost opening that window as well.”

At this point it is worth mentioning that the England and Wales Cricket Board (ECB) also now recognises that there is an IPL window and acknowledges that if it doesn’t respect it, England players are a lot less likely to get picked up.

For the reasons given above, England WANT their players in the IPL.

While there is a lot of talk about England players ‘missing’ the home Test matches against New Zealand to play in the IPL, that is a bit misleading because the IPL was essentially scheduled first. While the exact dates weren’t announced, the ECB knew the window in which it was taking place and had been trying to avoid scheduling matches during that time. The New Zealand Tests only got banged in at the start of this year because coronavirus has left the board short of a bob or two and also as a thank you to Sky Sports for how they dealt with that situation.

“But I think they should be prioritising differently”

Really you should be angry that England are playing so many matches that prioritisation is necessary. If you spread all of these major engagements out over more than nine months, the national side could maybe target a Test tour of India AND the Ashes AND the World T20. Imagine!

If, however, the idea of playing a manageable volume of cricket is not one you feel you can get behind, then we’re afraid you’re just going to have to accept that there is no universally agreed upon hierarchy of international cricket fixtures.

King Cricket articles by email anyone?