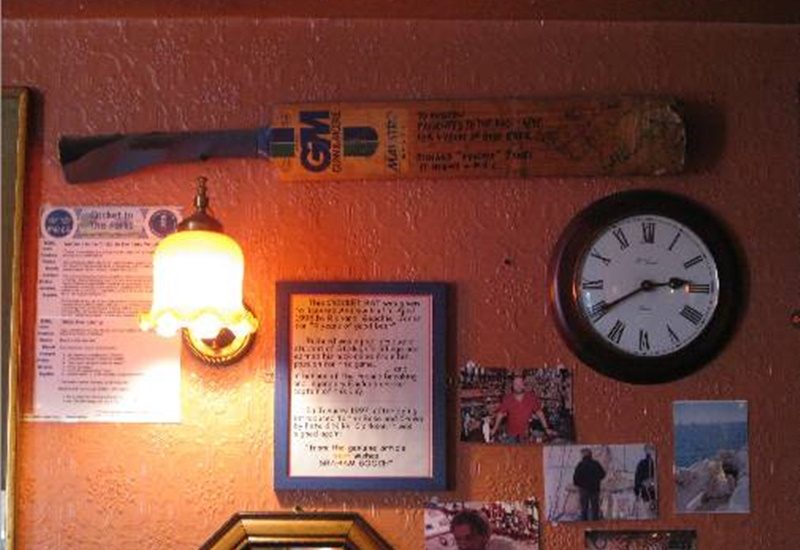 First published in February 2009, this was the first entry in our long-running cricket bats (and other cricket items) in unusual places feature.

This account was written on the insistence of my counsellor. He says I have to face what I have done; to see my actions and their consequences for what they are. It is, to the best of my knowledge, true.

I am in Oxford on my holidays. I am surrounded by book readers, deep thinkers and philosophers – my kind of people. We smile at each other as we pass along the ancient streets, happy to be clever. I know for a fact that 87% of Oxford residents actively hate cricket – they did a survey. I am in heaven.

I stroll down North Parade. All is well, yet life is about to get even better. I walk past a lovely looking pub, The Rose and Crown, and hear the unmistakable, heavenly timbre of Paddy McAloon’s voice drifting out onto the street. He is singing: ‘Cowboy Dreams, you give me cowboy dreams.’ He is singing it 120 times better than Jimmy Nail sang it.

I enter and order a pint of Old Hooky. It is as soothing and comforting as the music. The pub is perfect. There is a real fire, books on a shelf and clever people sat at the bar. They have Prefab Sprout on the juke box. This is my kind of place.

And then I spot the cricket bat.

Pinned to the wall. 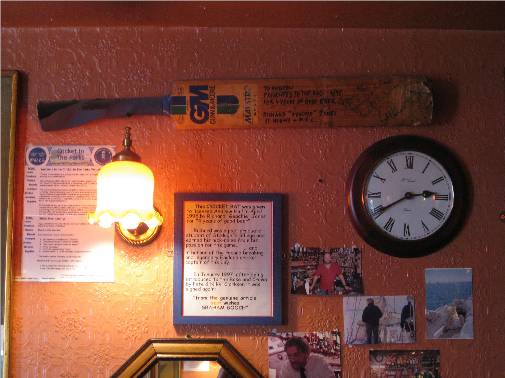 That’s how it starts.

The barkeep notices my eyes glance towards the bat. He is round the bar faster than Mark, Howard and Jason said ‘God, yes,’ when Gary asked if they wanted to give it another go. He takes the bat down and strides towards me. Jesus have mercy on my soul: he is going to talk to me about cricket.

“This,” he says, “was donated to the pub by a lad with the nickname Goochie. Look, he signed it.” He laughs in delight. “And then the real Graham Gooch came in one night and we got him to sign it too!” 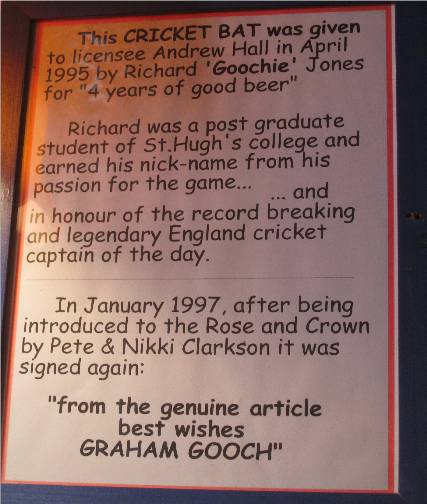 I remain aloof. Underneath this facade, anger is bubbling.

“Have a hold,” he says. And pushes the bat towards me.

He shoves the bat underneath my nose. “Have a sniff!” he tells me.

Anger envelops me. There is only one thing can happen.

I take the bat from him and emit a roar. I brandish the bat above my head and start with my wanton destruction of the pub. People scatter. Grown men weep in terror. I become more animal than man. Five minutes later it is finished.

I tuck the bat underneath my arm, leave the destroyed pub and go on the hunt. I will find both Goochie and the real Graham Gooch if it is the only thing in life I achieve.

Nobody ruins my holiday. Especially not a cricketer.

I have to stop now. I’m getting angry again and my counsellor tells me that won’t help with parole. It’s lights out in five minutes anyway. Maybe soon I can become calm enough to write down the rest.