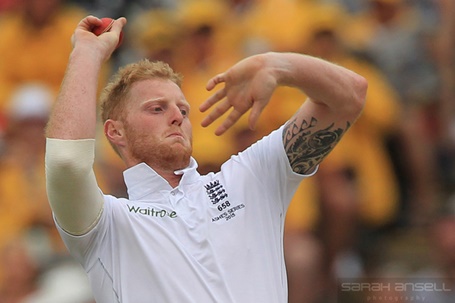 The facts are these. Splice and dice them as you see fit.

Our reading of this is that England’s premier one-day opening batsman is pursuing a new career in law enforcement with Avon and Somerset Constabulary. There may also have been a thing with Ben Stokes, but it’s almost impossible to deduce what might have happened with that from these scant details.

But let’s imagine for a minute that Stokes was shit-faced and lamped a fella. You know, hypothetically speaking.

Like all England players Ben Stokes knows not to cross the line. That is something that is inculcated in all who wear the three lions – accurate location of and respect for the line. At the same time, he’s a passionate sort of human being and he wears his heart on his sleeve. You wouldn’t want him to lose that passion now, would you? Where would that leave him?

‘Not under investigation for causing actual bodily harm’ you might answer. Well, maybe, but he needs that edge, doesn’t he? Needs it. That’s what makes him great, right?

In the unlikely event that the above reading of events should prove to be correct, then based on this and previous “incidents” we have another conclusion to put forward.

It is this: Ben Stokes is a bit of a lightweight and entirely incapable of handling his drink.