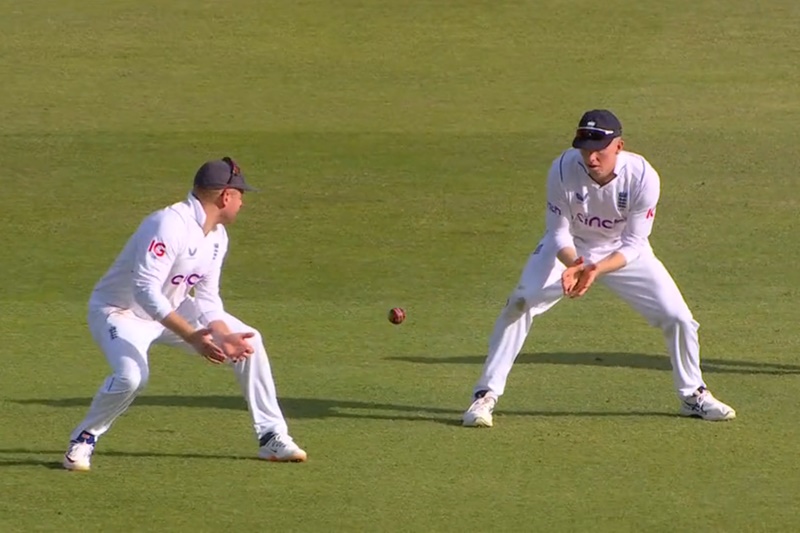 When the opposition make 550, it’s rarely because of a missed catch. It’s more a result of all the other chances that weren’t even created. At the same time, an innings of 550 will tend to feature a fair few misses, if only because it’s such a huge volume of cricket.

England missed a whole bunch of chances during New Zealand’s innings in the second Test. That’s very unhelpful, but the silver lining is that it can also be funny.

Remember the rich tapestry of emotions when Stuart Broad dropped yet another catch off James Anderson against Pakistan a couple of summers ago? That was really funny. Funny for how awful it was, yes – but still funny.

This is also how we got a couple of nice England slip catching moments at Trent Bridge this week. Several England fielders – chiefly Joe Root – swapped their hands for buttered cymbals early in the match and by the time the following misses came about, everyone was a bit fed up.

Bowlers never like seeing a chance go down, but sometimes they are capable of clinging to the logical truth that team-mates do not mean to drop the ball.

And then other times they are very much not able to remember that. Like when neither Jonny Bairstow nor Zak Crawley so much as moves a muscle as the ball passes between them.

Here is Stuart Broad’s initial reaction in which astonishment and frustration are vying for supremacy and together just about suppressing blind fury.

And here’s Broad half a second later when he’s had time to fully absorb what has happened and calibrate his emotions accordingly.

And that tiny beige something that appears to be coming out of his mouth? That’s the last flecks of his spirit departing his body, that is.

With New Zealand 496-5, Joe Root finally, belatedly clung onto one.

Root has played plenty of Test matches. He has caught a lot of balls. He has dropped a lot of balls. You’d think a short spell of fielding rubbishness would be the kind of thing he’d shrug off and probably not even acknowledge really.

Absolutely not. Joe Root was stewing on his missed catches and apparently felt that the ball itself was a key protagonist in his tale of woe.

We’re honestly not sure we’ve ever seen someone focus their celebration at the ball before now.

Want your high-end cricket analysis by email? Sign up here.