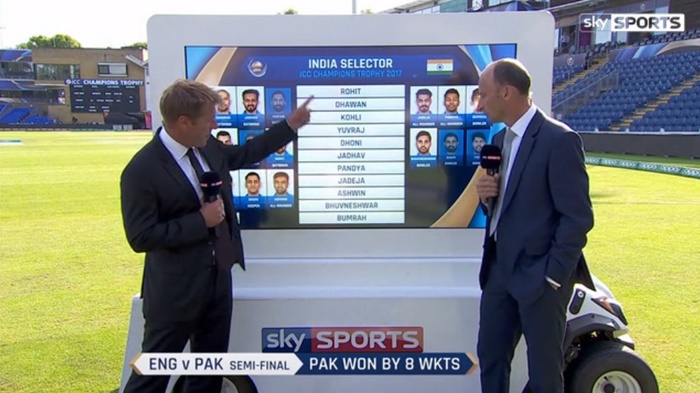 We were bemoaning the out-of-date way in which broadcasters sell sport to consumers a month or so ago. We said it was too expensive and you had to sign up to too much that you didn’t want.

Sky Sports has announced a series of changes which will (eventually) address all of these concerns. They didn’t announce a new deal that would see the company break away from Rupert Murdoch, unfortunately – but time will take care of that eventually. You can’t persuade time to call off its assault, Rupert. You can’t scare away the Grim Reaper with a load of bullshit headlines.

The Guardian reports that Sky Sports is going to do away with its policy of peppering cricket across multiple channels and is instead going to stick it all on Sky Cricket. You will then be able to subscribe to that channel alone at reduced cost, as you won’t also be signing up to a whole bunch of football you couldn’t give a toss about.

But that hasn’t been the only issue. TV sport subscriptions are merely the tip of an investment iceberg which also requires you to get a base TV package and probably your phone and broadband from the same provider. It looks like this too could change.

When we wrote about using Kodi to stream live cricket, we pointed out that the fragmented marketplace meant there were no guarantees that the TV channel you subscribe to would even be showing all of the matches you’re interested in. If the broadcasters can’t afford to provide everything you want, chances are you don’t want to commit to paying them for a year when they’re only doing half a job.

This is where Now TV comes in.

But again, you’re paying for six channels you aren’t even watching and so the changes to Sky Sports subscriptions should drip down to the cost of this service as well.

This is good news. You may however be concerned that much of this is irrelevant as BT Sport is buying up more and more cricket. Well, rest assured that anything Sky Sports does, BT Sport will also do, only slightly later. We fully expect their own subscription-free TV service to materialise before too long.

Immediately before this winter’s Ashes series would a very good time to launch.