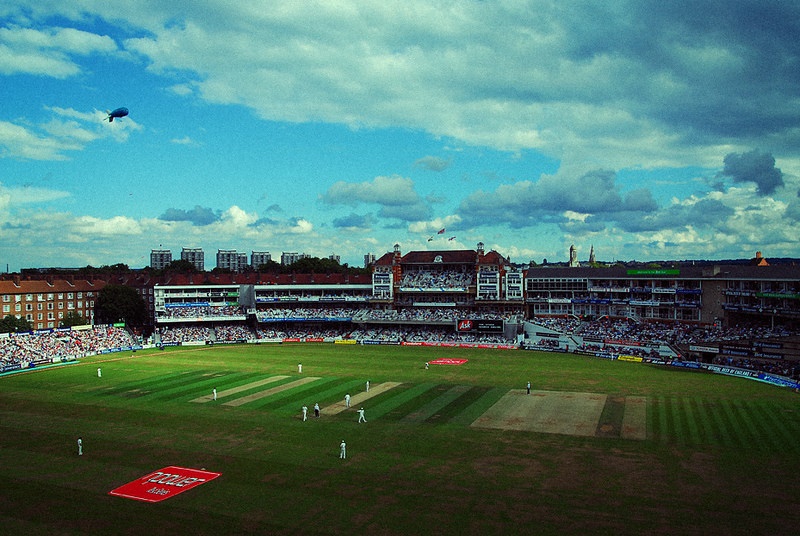 William went to England v South Africa at the Oval on Sunday July 22, 2012.

Not directly related to this – but alluded to in the piece – William says he sat next to Mike Atherton and really annoyed him once.

My mate (well, business acquaintance) Anthony had muddled up days and wondered if I wanted his overpriced ticket (original cost £300) for £50 to go to the Oval on a Sunday with HIS rugby mates.

My family was away somewhere, so I had no help dressing to meet my new friends and ended up wearing double denim, with a nice white T-shirt, desert boots and a couple of other things that did not match.

Meeting was outside Oval tube and they spotted me a mile off.

We had a lovely day on account of unlimited food and drink (hence overpriced ticket). There was huge excitement in the afternoon and the crowd stood and cheered.

Bradley Wiggins had won the Tour de France which made the whole occasion so much happier.

I saw David Gower and given I have a habit of annoying people (particularly former England captains) I spoke to him for a while.

We have so much in common. I bowl leg breaks, my brother went to school with him, I nearly went to Kings Canterbury, I watched his debut batting live etc etc.

After chatting for a while I suggested that perhaps I had taken too much of his time. He agreed.

I thought my new rugby friends would be up for a few more at close of play, but Alan needed taking home.