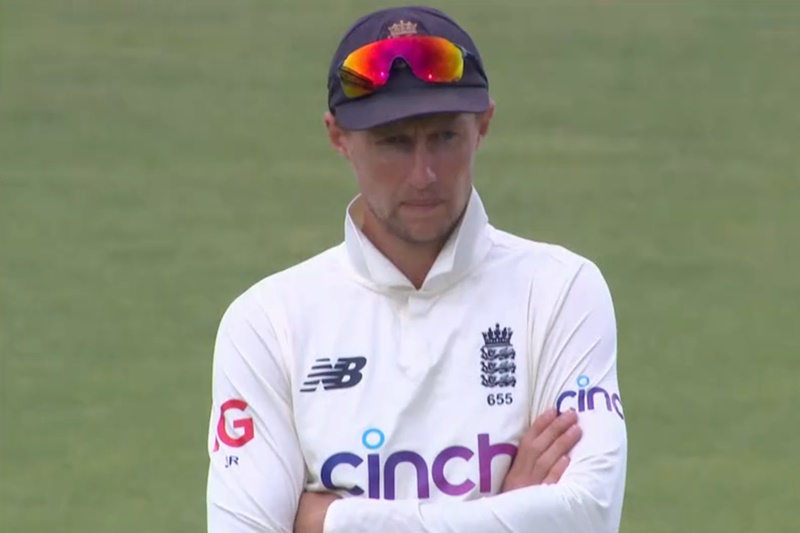 The England Test team is going to remain awash with problems for quite some time to come. The best you can hope for as a fan is that they at least keep those problems fresh and interesting. The Joe Root captaincy problem was getting a bit stale, so at least now we get to complain about something different.

How would you assess Root’s stint as Test captain? We’ll remember him as a man who was in charge for more games than any other England captain and still somehow seemed new to the job, right to the very end.

He had his strengths – there was no mutiny and he scored a shit-tonne of runs – but there was a wispy, ethereal quality to his leadership. He was a captain who got blown around by even the slightest breeze.

Ask yourself this: What is a Root team? How does Joe Root believe you should set about Test cricket?

After 64 games, we have no clue. Back when Ed Smith was national selector, the team was set up for what we called total bits and pieces cricket. They picked multiple all-rounders and in so doing put together six- or seven-man bowling attacks that were about the most varied England have ever fielded.

Root was in charge then. And he was also in charge for the repeated monomaniacal ploy of picking five right-arm fast-medium bowlers – a demented trend that climaxed in Adelaide this winter.

Sit those two extremes alongside each other and “in charge” seems entirely the wrong term. Root was figurehead and spokesperson, but it’s hard to see how he shaped or led his team. He was a hollow strategist and routinely one step behind with his on-field tactics.

This is the second time in a row we’ve been pretty unforgiving about Root’s captaincy after predicting he had captained his last Test a couple of weeks ago. We feel a bit bad about that, because he has been game and eager and committed and resilient and up against some almighty challenges with Covid and England’s schedule and the batters and all that.

But he also hasn’t really been up to the job. There’s no shame in that. Captaincy is a different thing. Sometimes promotion takes you into a role that bears little relation to the one you’ve previously been excelling in.

So who should be the next England captain?

We’re honestly not that bothered. There is clearly no right answer.

Ben Stokes is probably the favourite; Ben Stokes, six cricketers in one, who plays all three formats and who sacked off cricket completely for a good chunk of last year because he simply couldn’t take it any more. A Ben Stokes captaincy would certainly take some innovative management.

Stuart Broad is another possibility from within the team – although ‘within the team’ is masking a little there in that he wasn’t in the squad for the last series and was regularly omitted from the first XI even before that.

James Anderson? Similar story – and he knows the rules anyway.

Jos Buttler? Again, not in the team and whatever his leadership qualities, he’s never really worked out how to approach Test cricket even as an individual. Not sure you’d want him shaping the team’s whole philosophy.

Rory Burns? Yet another not in the team – although his mediocre Test record is at least mediocre and therefore probably worthy of a recall. Dunno. Does he even want the job? Guess it would guarantee him a Test spot for a few months, so maybe he would.

Some rando from county cricket? No more or less awful an option than the others really. But who? Is anyone out there really sufficiently worldly and authoritative to manhandle the England Test team towards competence?

That brings us to Moeen Ali. Moeen knows Test cricket and knows captaincy. He has played everywhere and done everything. In many ways he’s the best man for the job… except for the small matter of having retired from Test cricket.

Of those options, we probably like Moeen the best, but he is only really an option in a theoretical sense.

One thing we are sure of is that this probably shouldn’t be a grand coronation. England always try and appoint someone who they think can remain in charge for many years to come. As we’ve seen with Root, there isn’t really much to be gained from sacrificing competence at the altar of longevity. So don’t do it. Pick someone for the short- or medium-term and be up front about that. Accept that with circumstances as they are, you may as well concentrate on the here and now. We’ve had various four-year plans and all they’ve delivered is ample fodder for ridicule. Let’s freewheel to the next away Ashes humiliation!

It’s quite possible to crown a Hussain, a Vaughan or a Strauss when you can identify players who will almost certainly play every Test match for the next few years. This is a different team and, arguably, a different era too with the proliferation of fixtures. That probably calls for a different approach.

What’s wrong with just picking someone to do the job for a little bit and seeing how they go? You could give Rory Burns the summer in charge, for example, and then take stock ahead of the winter. Maybe he turns out shite. Or maybe you like the cut of his jib.

Or think about how Australia have approached things. Rather than be tied to convention, they’ve picked Pat Cummins who has openly said that he’s willing to delegate on-field tactics to someone else. That’s not heresy. That’s being open-minded.

England apparently can’t have Broad or Anderson as captain because it’s unlikely they’ll play every game. So what? Make it a job share. Make one captain and one vice captain and plan for the latter to routinely cover for the former at some point in every series. As long as Broad’s the official captain, that arrangement shouldn’t result in the chaos of a coup.

The point is, there are things you can do. There are ways to approach this problem if you’re willing to do something other than commit to a batter to lead England into the 2025/26 Ashes. England are simply not in that situation. They need to gather information and let things unfold.

Put it this way: if you were picking a batter to lead England into the 2025/26 Ashes, the most logical option would be Joe Root.

You can support the site by buying us a pint. Lord knows we’ll need a few to help us endure the hellscape of England’s Test cricket.

You can also sign up for the email. Critics are calling it, “The same articles that go on the site, only they get emailed to you.”